The West Bloomfield High School Class of 2022 star has a state title under his belt.

A total of 33 schools are recruiting him from across the country.

His former football and track coach, Ron Bellamy, is at the University of Michigan along with former Laker teammates Donovan Edwards, Makari Paige, and Cornell Wheeler.

They are on the hunt for his services. So is Michigan State, who has put his recruitment under Harlon Barnett, a former defensive back for the Spartans.

“Recruiting was really big during the season,’’ said Tatum. “It has kind of died down since. Actually, I’m getting a lot of calls from Michigan and Michigan State. I’m getting two to three calls a day from each school.’’

He’ll play running back and defensive back for the Lakers next season, but the secondary is in his future at the next level.

Rivals.com has him ranked as the sixth-best player in the state of Michigan and 18th in the country at his position.

Will Johnson, a fellow SMSB teammate and the seventh-ranked player in the country, is on him hard and a decision could come soon about his future.

For now, staying in shape is key and possibly making a run at another state title. He runs two relays and sprints on the track team.

“It was a blessing,’’ said Tatum of the Division 1 title victory over Davison. “That’s the biggest goal in high school football. “I was so happy we did it as a team. We played all-around great. I just loved it. We need to do it again next year. It was special.’’

He has been part of SMSB since the seventh grade.

“Off the field, Sound Mind Sound Body has been a great learning experience for me,’’ said Tatum. “It helped me in everything outside of football. “They bring in mentors and coaches to help. To be around all the guys I compete against in Detroit and Metro Detroit has helped.’’

Tatum had to test in to become a West Bloomfield student. Many of the Lakers didn’t know him, but he quickly gained their attention on the field.

“I took a lot of guys with me in youth football to Sound Mind Sound Body,’’ said Tatum. “When I went to West Bloomfield, I didn’t really know anybody. I was from outside the district, and I had to test in. I kept meeting people and getting my name out there.’’

Tatum said being a part of the Max Ex 7v7 team and traveling across the country is only a positive.

“Traveling with the guys, hanging out, winning a lot of games, and learning and competing for everyday is great. The guys from the state of Michigan are great. 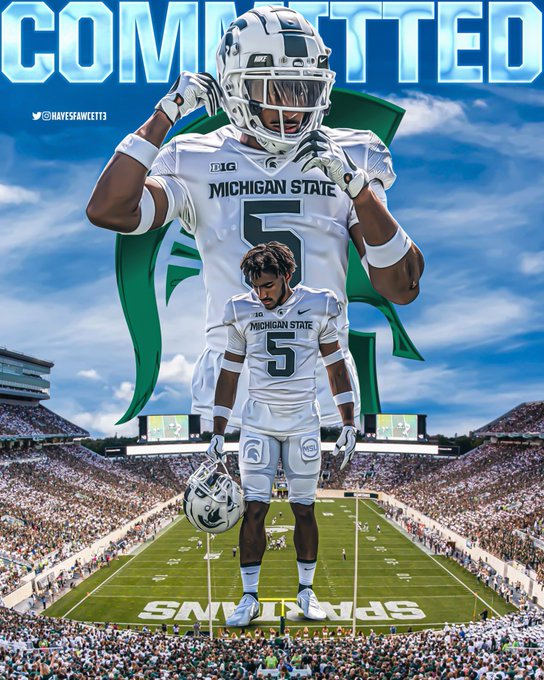