DeWitt handled River Rouge, 40-30 at Ford Field to claim the school’s first state title. McIntosh, a class of 2022 wide receiver, said it was an experience like none other in his athletic career. He hauled in four passes for 76 yards and caught a touchdown in the victory.

“We actually just got our rings, and it brought all the feelings back,’’ said McIntosh. “It’s crazy. The rings are incredible. It’s everything I imagined our state championship ring would look like. It’s big, shiny, and a symbol for everything we worked for this year.

“It was a rollercoaster. We never knew what each day would hold. We just went out and controlled the controllable and did what we could every day in practice. It worked itself out. Coming off a state championship we’re going to get every team’s best every week. We just have to put in the effort in practice and realize we’re getting everyone’s best shot. We need to get 1% better each week.’’

McIntosh is just scratching the surface of his talent and joining Sound Mind Sound Body helped him tone his skills against some of the top talents in the state.

His route running has improved, and with his explosiveness and athleticism, he’s tough to cover when going against smaller defensive backs.

“I wished I had joined Sound Mind Sound Body sooner,’’ said McIntosh. “Every single day going against the best players in the state, you get accustomed to that level of competition. It increases your performance.

Winning a state title and being part of SMSB has given McIntosh a chance to build a solid list of Power 5 offers.

“My dream is to play major college football, whether it’s at wide receiver or tight end,’’ said the 6-foot-5, 205-pound target.

“I’m starting to hear from some SEC and Big Ten schools,’’ said McIntosh. “I’ve also had some contact with some Big 12 schools.’’

Determined not to miss any practices earlier in the year, McIntosh didn’t play for DeWitt’s basketball team.

“I want to play this year,’’ McIntosh said. “I’m a small forward; that’s my natural position, so I’m planning to play once the football season is over.’’ 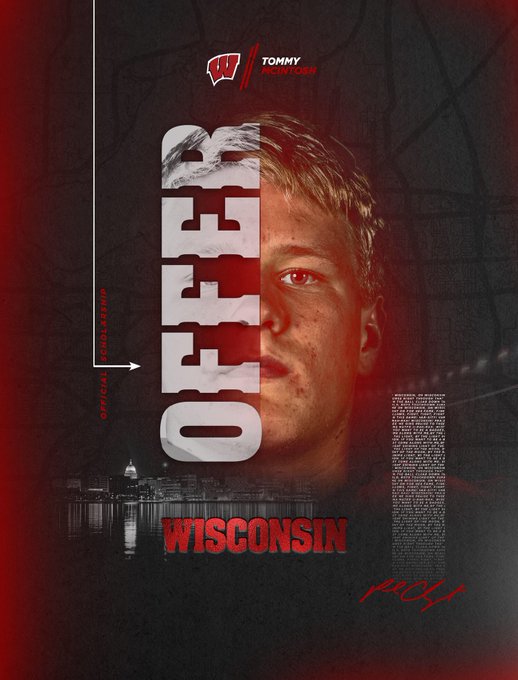