Brennan Parachek, a three-sport star at Dexter High School, hoped to one day play baseball and football in college if Major League Baseball doesn’t pull him away from the gridiron.

The two-year Sound Mind Sound Body veteran doesn’t have a clear position in baseball, but with a 90-miles-per hour fastball, pitching could be in his future.

“I play third base, first base, and I pitch,’’ said Parachek. “I can get up into the low 90s. I definitely want to play both sports in college. If I get drafted, I’d have to talk to my family, but a college degree is what I’m striving for.’’

That would signal an end to his basketball career, where he plays power forward and center.

“It depends on who we’re playing as far as center or power forward, we switch it up,’’ said Parachek

On the football field, he can get opposing defenders off their feet with his 6-foot-6, 240-pound frame.

He made it clear he’s a tight end and that would be the position he’d play in college.

“I’m more like an outside receiver-tight end,’’ he said.

Parachek went to an SMSB camp two years ago and this season he has become a full-time participant on Sundays.

Since joining SMSB the offers from Power 5 schools have poured in.

“I have a total of nine offers, but I’m starting to hear from other schools,’’ said Parachek.

A big target with his size and strength, Parachek will be a major recruit once it’s time to make a decision.

“I feel like I’m the overall tight end package,’’ said Parachek. “I feel like I work well in the run game, but I also believe I run good routes and can catch everything. I work on my blocking twice a week.’’

He comes from a football family. 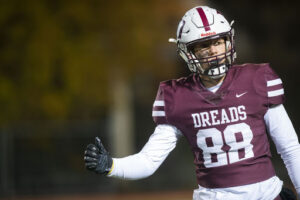 His father, Matt, played at Eastern Michigan. His brother, Colin, will be a senior on Dexter’s team this season. He has already decided to attend a prep school in Myrtle Beach next year to improve his stock.

“He felt like he was underrecruited and wasn’t hearing from the schools he wanted,’’ said Brennan. “He thought another year and experience would help him in the recruiting process and become a better football player.’’

Brennan won’t have that problem when it’s time to make a decision. 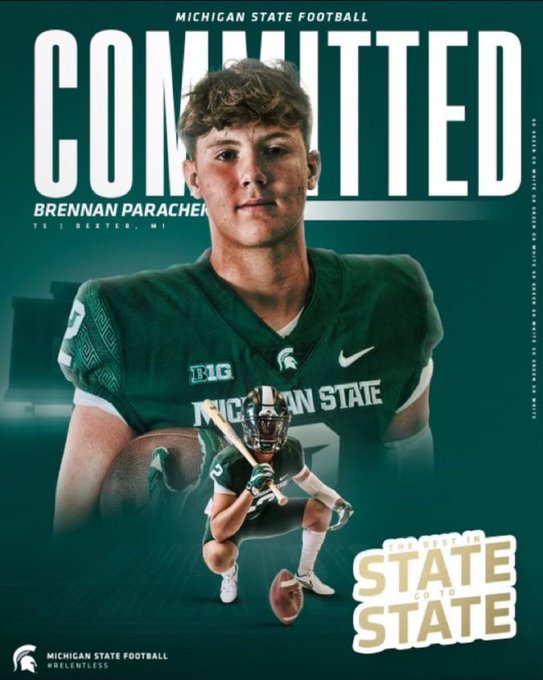