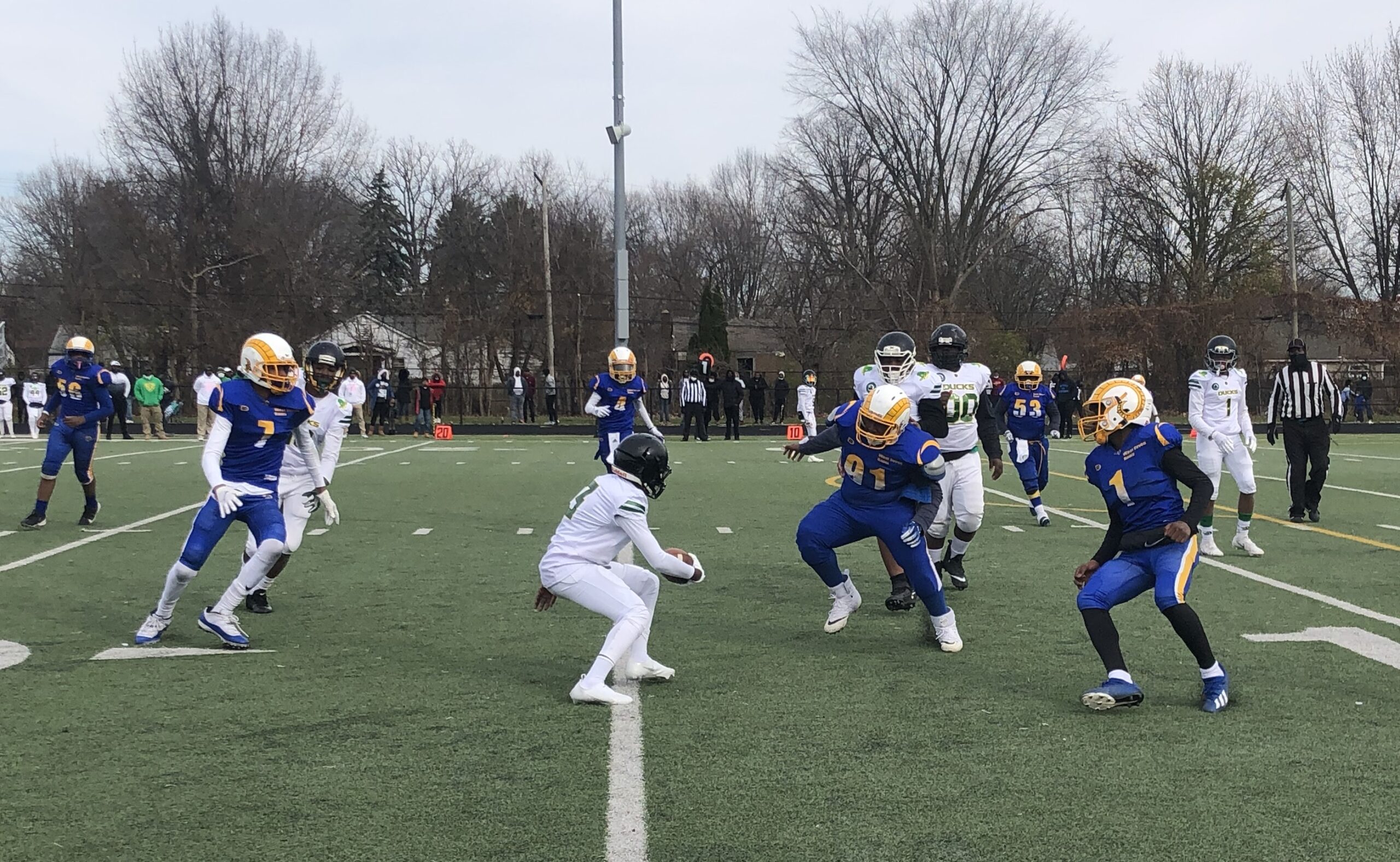 Quarterback C.J. Sadler was effective from the first play of the game, where he ran 48 yards for a touchdown. Sadler not only put in work on the ground, but in the air. His second touchdown was a 60-yard bomb down the right sideline, which William Sykes took to the house.

Sykes was active on offense and defense, recording three interceptions in addition to his multiple receptions and touchdown.

The Rams defense was active from the opening kick, forcing two turnovers on downs in the first quarter. Antonio Jones made a tackle for loss to stop a Ducks drive which started in Ram territory.

After another Sadler rushing touchdown, the Rams took control of the game, leading 19-0 at the end of the first quarter.

On the first play of the second quarter the Rams defense capitalized on a deep throw. Sykes intercepted quarterback Andre Thomas, cutting yet another Ducks drive short.

On their fourth drive of the game, the Rams methodically moved the ball downfield, relying on Sadler the whole way. A 15-yard run got the Rams to midfield, then a 21-yard pass to Jones moved the offense across midfield.

A pass interference call gave the Rams favorable position at the Ducks 23-yard line, and Sadler and Jones connected on a deep ball in the corner of the end zone, giving the Rams a 26-0 lead after the extra point.

The Ducks offense got moving down 26-0, hitting on a 23-yard pass to Sebastian Rouse, but right after the completion, the Rams sacked Thomas and intercepted him. Jones was the defender who picked off Thomas for the second time.

With the Rams threatening to score again, Deonte Ellington intercepted Sadler, keeping the first half score at 26-0.

Following a 20-yard pass to Sykes, the Rams took a 32-0 lead on a two-yard touchdown run by Nathaniel Stallworth.

The Ducks could not answer, as Sykes intercepted Thomas a third time to prevent another Ducks drive from ending in points.

Sadler and the Rams controlled the clock for the remainder of the game, exclusively running the ball on mainly quarterback keepers.

The Rams defense held for the rest of the game, and the offense ran out the clock for a 32-0 win. They play the winner of the Buckeyes and Raiders on Sunday, Nov. 15 at noon.