Lorenzo Vitti said he’s the best athlete in his family.

He may have to prove it.

“Defensively, I’m athletic and I have pretty good ball skills as a DB. I’m lengthy and I can play both sides of the ball.’’ 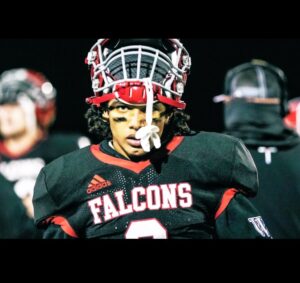 The Class of 2022 defensive back-wide receiver at Dearborn Divine Child is 6-foot-1 and weighs 175 pounds.

After offers from Eastern Kentucky, Mid-American Conference schools, Lehigh, Yale, Dartmouth, and Army he decided to commit to the Navy.

It gives him a chance to enjoy his senior year without worrying about recruiters calling him.

“The first time we were out there we did some one-on-ones, and I was a little nervous. Once I did, I made a good play and I kept getting in and I was more comfortable. It was a matter of competing.’’

Competing is the goal once he gets to the Navy. 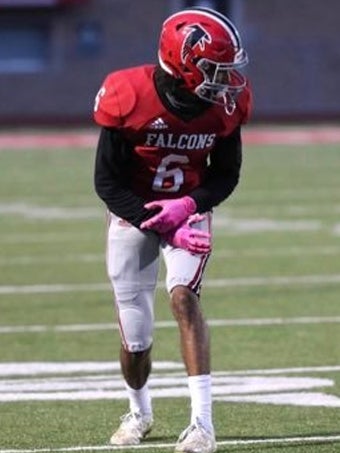 “I decided on Navy because you get the best of both worlds,’’ said Vitti. “I get to graduate and have some good career options afterward. I also get to play on a national level. There aren’t a lot of schools that give you that kind of opportunity. We play Notre Dame, Army, Air Force, and Pitt.

“I wanted to commit early and because it was Navy there was nothing else to consider or to wait for.

“I get to play nice and relaxed and just focus on winning. That’s what it’s all about at the end of the day.’’