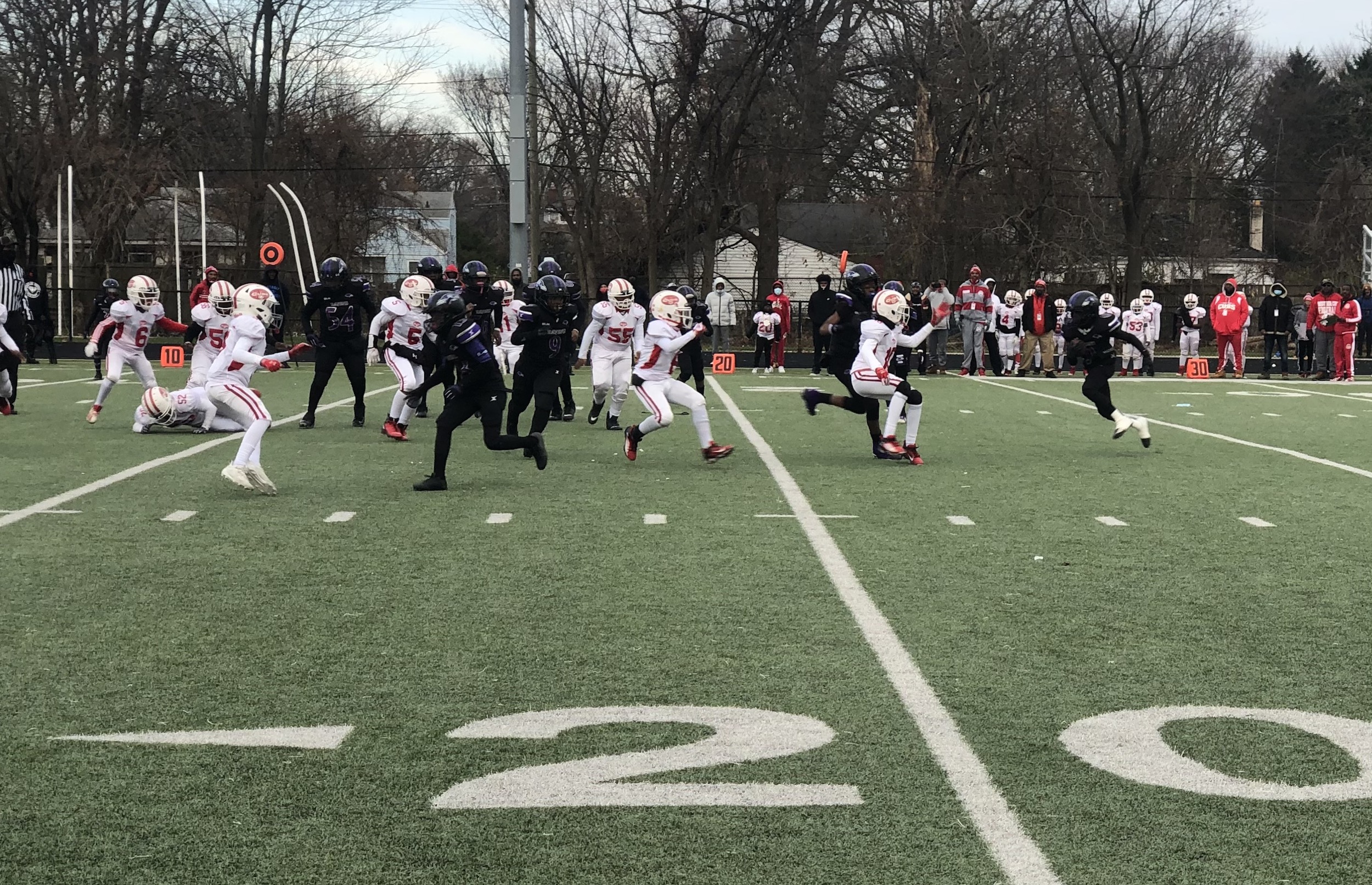 Defenses dominated the C Team semifinal game between the Westside Cubs and Southfield Ravens, but the Ravens offense was just good enough to secure them the victory.

The Cubs and Ravens kicked off at 2 p.m., right as the clouds started to block out the sun and winds picked up. In a cold, windy environment, the Ravens were able to shut down the Cubs offense and advance to the finals, 7-0.

After a first quarter which showcased many turnovers and punts, the Ravens finally broke the 0-0 tie with a short field touchdown.

Following a short punt from the Cubs, the Ravens took over at their opponent’s 20-yard line.

Tyler Trusel got the Ravens to the nine-yard line on an end around run, then a few plays later Brandon Davidson Jr. ran up the middle for a seven-yard touchdown. Davidson did the same thing on the extra point, putting the Ravens ahead 7-0 with just 40 seconds left in the second quarter.

Tayvon Hicks was all over the field for the Cubs in the first half defensively, recording a sack, fumble recovery and multiple tackles.

Penalties and offensive line play hurt the Cubs, as they had a few false starts in key spots and could not contain some Ravens defenders. Ameir Parker made a big hit to force a fourth down in the third quarter, and big hits which set the tone were commonplace for Cubs ballcarriers.

The Ravens head coach said he was pleased with the defensive effort but needed to see more on offense from his players.

“We could have played a lot better,” he said. “The defense was lights out. I was excited about the defense — they’ve been lights out all season. Besides that, we’ve got to celebrate the win.”

Both defenses held tall in the third quarter, forcing a pivotal fourth in which the Cubs needed a score.

After three unsuccessful plays, the Cubs were forced to punt and never got the ball back. The Ravens were able to run out the clock, getting two separate first downs on third down.

The 7-0 win punched the Ravens’ ticket to the championship, where they await the winner of the West 7 Rams and Ypsilanti Braves.

The coaching staff of the Ravens believes they need to “get the offense rolling” to win the C Team championship next weekend.