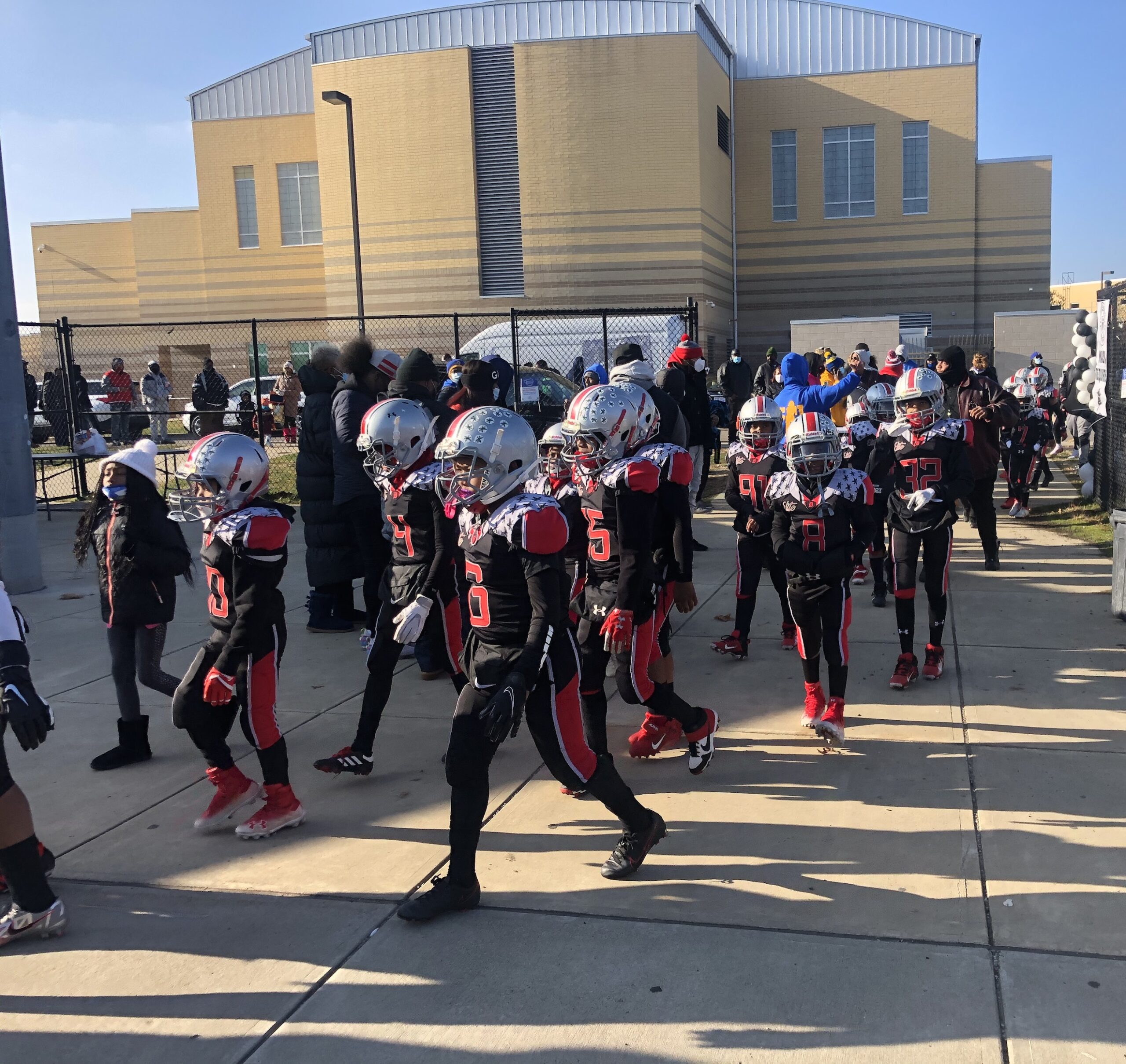 After a defensively dominated first half, the Detroit Buckeyes advanced to the D team finals with a 6-0 win over the West 7 Rams.

A last-minute touchdown by Anthony Williams proved to be the difference for the Buckeyes, as they took the first game of the day.

Tackles for loss were a common sight in the first half, with both defenses forcing fumbles and pressure.

The Buckeyes had a chance to take an early lead, but the Rams defense forced a turnover on downs at their 10-yard line.

Other than the Buckeyes first drive, neither team approached the goal line in the first half.

After a big tackle by Williams, the first half ended just as it began, 0-0.

The Rams opened the second half with a key defensive play, forcing a fumble and taking over at the Buckeyes 41-yard line. However, the Buckeyes defense forced four straight tackles for loss and took the ball back.

Maiden once again ripped off a long run, getting the ball to the Rams 25, but the defense forced them backward again, resulting in no points once more for the Buckeyes.

After another Rams three and out, the Buckeyes took over at the 50-yard line. On the first play from scrimmage, with only a few minutes left in the fourth quarter, Del Macro Carter ripped off a 48-yard run, putting the Buckeyes in the red zone.

The Rams defense held until fourth down, when Buckeyes running back Williams punched in a one-yard touchdown. The extra point was missed, and the Rams took over at midfield with a chance to win.

The Rams pushed downfield, hitting on a 15-yard pass, then had a man wide open on another pass before the ball fell to the ground.

With only a few seconds remaining, the Rams could not advance the ball. With one final deflection, the Buckeyes held on and secured victory.