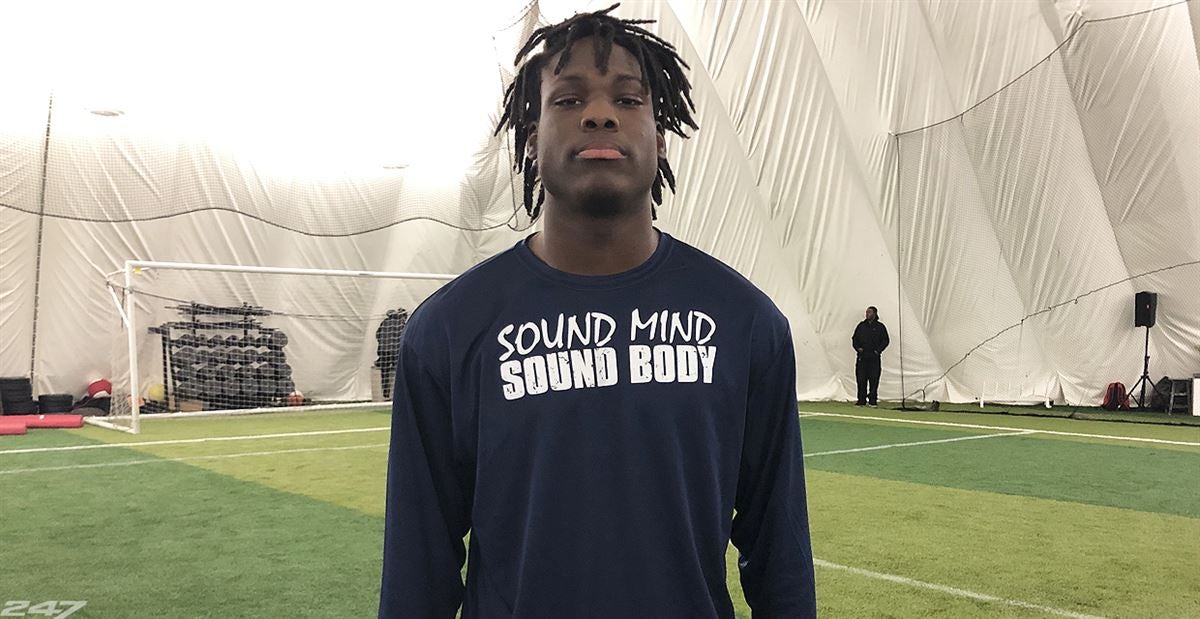 One of the secrets Tasha White revealed about her son, Antonio Gates Jr., is that the Dearborn Fordson junior wide receiver / defensive back loves math.

“A lot of people don’t know that about him,’’ said White. “Ever since he was young he loved math. People probably look at him and say ‘he’s just an athlete’ but he has gotten awards in math. He loves math. 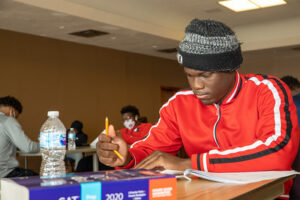 e’s a book kid. He’s a good kid. He’s like me, but he’s also like his dad. He has a mind of his own, and if he makes his mind up to do something that’s what it’s going to be because that’s who he is.’’

Gates confirmed his love of numbers, but it had nothing to do with awards.

“Math had always come easy for me in general,’’ said Gates. “When I was younger I used to study a lot on my own. When I was with my dad, I loved counting money. I was in school doing addition and subtraction. I just loved math. I don’t have a specific thing about math, but I just love math.’’

Geometry is his obstacle this season.

What isn’t hard to count is the 20 offers he has received.

White said 90% of his offers are because of his involvement with the Sound Mind Sound Body program. Gates had the number more like 97%.

“It’s a great program that has helped me academically and athletically,’’ said Gates. “Academically, I thought I already had a strong foundation, but on the field, I thought I needed help. I’m still not where I want to be; but being with Coach (Curtis Blackwell) and Sound Mind Sound Body has been a plus.

“We come from a family of greatness and I need to improve and hold up my end. I need to get better.’’

Scouting service 247 Sports has Michigan State as the leader in the clubhouse for his services. A decision could come in a couple of weeks, but Gates was mum.

“I really couldn’t tell you who is recruiting me hard,’’ he said. “I’d have to list five or six schools. I’m not going to say which ones.’’

He did say there was one in Michigan.

He also received no special treatment because his father is famous.

“People don’t say, ‘that’s Antonio Gates’ son,’’’ said young Gates. “I live a normal life. I’m not treated differently than anyone else. I love being at Fordson. It’s a family. They treat me great. I love my teammates and I love the school.’’

With a great personality and improving athletic skills, the future is bright for Gates, which his mother credits Sound Mind Sound Body.

“The program has been a blessing to my son,’’ said White. “The training and the workouts have helped him improve as a player. But the mentorship… College visits, tours and just traveling have improved him as a person. 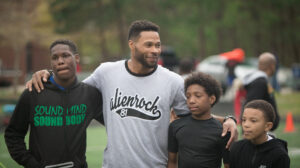 “It’s really much more than sports. It’s family, it’s fellowship, it’s brotherhood. It’s learning to be responsible. Learning how to be organized, learning how to hold yourself accountable to a time schedule. It’s so much more than football. I love the way that Curt was able to build something so great. It’s weird because when I think about it, football is almost like the last thing you think about.”