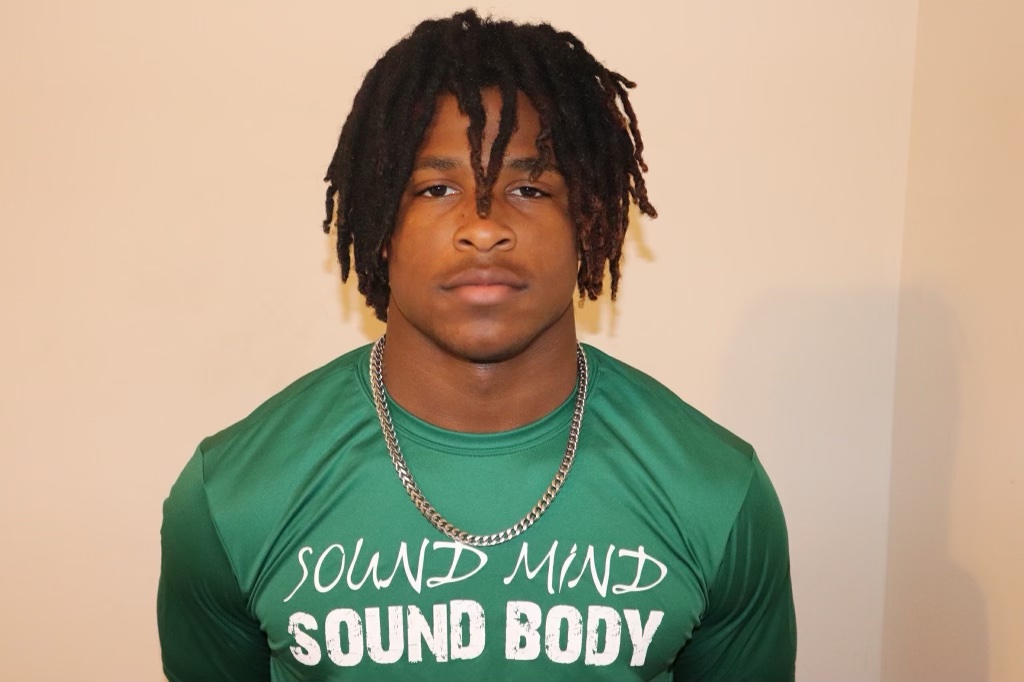 “There was something I was doing wrong, and he kept yelling at me,’’ said the Mount Clemens Chippewa Valley junior running back. “He was really tough on people, especially on where to go. He pushed me and I actually liked that. He was teaching up the basics and the footwork.’’

“It was tough, but I listened. Ever since I went to Sound Mind Sound Body, I worked more as a running back and a receiver.’’

Chalk it up to a lesson learned.

The two-sport star doesn’t have any football offers yet, but his performance on the field should start drawing attention. 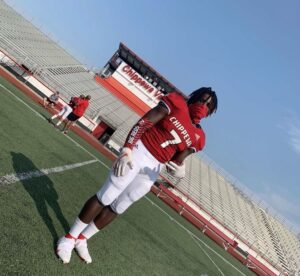 Packed into a 5-foot-8, 195-pound frame, the powerful back led the Big Reds in rushing and receiving two weeks ago in a 42-27 victory over Sterling Heights Stevenson.

In Friday’s loss to Grosse Pointe South he believed he played equally as well, but Chippewa Valley scored just three points in the second half and lost in a Macomb Area Conference Red Division showdown.

“I thought I picked up where I left off against Stevenson,’’ said Harris. “I made big plays in big situations. I felt like that’s what I’ve been doing.’’

It just didn’t result in a victory.

“He had a great game last week,’’ said Chippewa Valley coach Scott Merchant. “I think he went for 154 yards rushing on 11 carries and a touchdown. Then he had five catches for 75 yards. He was our leading receiver and rusher against a team that hadn’t given up an offensive touchdown this season. He’s kind of a slash type guy. He can play running back and he can play receiver. We move him around.

“The guy he reminds me of is Darren Sproles. He’s put together. He has great quickness, but he’s a real physical kid. People look at how tall he is, but he has great speed, he has excellent hands, he’s physical and he’s got really good feet and acceleration. We try to get him in a space and let him do his thing. He can outrun you or he can run you over.’’

Harris said, that part of his game depends on the situation.

Harris isn’t the only member of the family to star at Chippewa Valley. 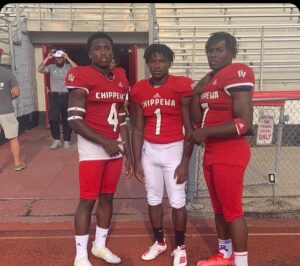 Twin brothers Myren and Miles Harris were on the 2018 state championship team, the Big Reds first in 16 years. Both are now freshmen at Wayne State after going 26-1 as juniors and seniors.

“Myren played a big part in helping me understand what to do,’’ said Harris. “He played running back and helped me as far as being patient and letting the hole open up. He also taught me a lot about pass protection.

“Miles helped me with words of wisdom. When I get the ball, he tells me to do something with it and make an impression. That’s what I’ve been trying to do.  He has really helped me with the mental part of the game.’’

Both excelled on the big stage during Chippewa Valley’s march to the state title.

“In youth football they never really had a chance to experience a championship,’’ said Cephus. “They were pretty hyped because they hadn’t won anything in youth football.’’

This time of year, football is Harris’ first love. In the winter it’s basketball, where he was the starting point guard on varsity.

“Honestly, I really can’t pick and choose. Ever since I touched a basketball I’ve been improving. It has been the same with football. I can’t choose and stick with just one.’’