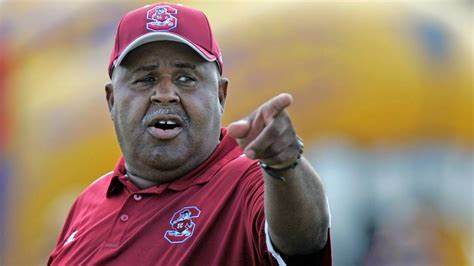 The second annual Sound Mind Sound Body (SMSB) HBCU College Academy will be held in Detroit from May 12-14 at Martin Luther King Jr. Senior High School. This year, SMSB will have twice as many colleges and their football coaches in attendance. The FREE event will feature football coaches from South Carolina State University.

South Carolina State University was founded on March 4, 1896, as the Colored Normal Industrial Agricultural and Mechanical College of South Carolina. At the time, it was the only college in the state dedicated to the education of Black students. SCSU’s campus is located in Orangeburg, South Carolina.

SCSU focused its curriculum on the sciences, literature, history, agricultural, and mechanical training. The school became South Carolina State College in 1954 and finally South Carolina State University. Students of SCSU participated in the Civil Rights Movement of the 1960s.

SCSU football has been playing since 1907 and plays in the MEAC Conference. Legendary head coach Oliver “Buddy” Pough has been with the program since 2002 and has won over 140 games and won eight MEAC titles.