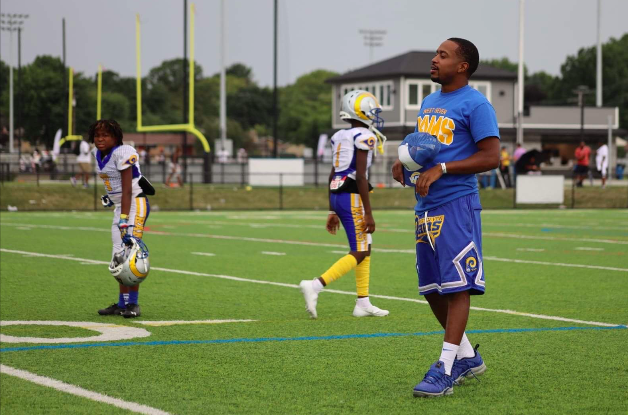 Kelvin Boyd has been a part of the West Seven Rams for as long as he can remember. Destiny defined the path for Coach Kal due to his mother’s longstanding relationship with the organization before he was born. For Coach Kal, committing to the West Seven Rams began with playing football, assisting his mother on and off-season, and inheriting the love for coaching and mentoring shown through many mentors. Volunteering as the director of sports is no small fleet. Still, each year has brought lessons in various angles, techniques, and countless ways to stay committed to creating unforgettable experiences for inner-city students-athletes. 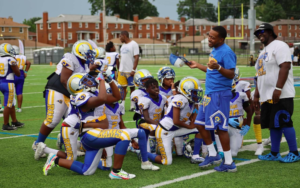 in 2010 and has since used his ability to effectively listen and lead as he coaches the 10U team. Coach Kal believes his most significant strength is encouraging his impressionable and bright group of young men. Connecting with the kids comes with reminding them to “always believe in themselves, and never back down while being respectful, disciplined, and having fun.” When asked what keeps his path on the course of commitment after all these years, Coach Kal responded, “The kids. I love being with them and traveling with them. That’s my favorite part and the reason why I do it. Being able to take them out of town and take them places they’ve never been is what I love. This year alone, we’ve been to Ohio twice, and we plan to travel to Indianapolis for regionals and Florida for nationals. And that’s my favorite part about it, getting out with them and enjoying life.” 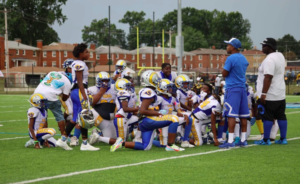 President of the West Seven Rams, Cassandra Wallace shared, “Kelvin Boyd is the definition of a true Ram. He is following in the footsteps of his mom. As a former player of the West Seven Rams, until he aged out, he now gives back to the organization that gave it all to him. We recognize Coach Kal for being that all-around volunteer who not only coaches but also works behind the scenes with West Seven’s leadership. Whether organizing travel, uniforms orders, or the opening or closing of our game days, you can bet Coach Kal is somewhere in the mix. We salute you, Coach Kal, for being our volunteer of the month and it’s an honor well deserved.”

When asked what message he’d like to convey about his 2022 10U team, Coach Kal shared, “We’re going to the championship!”