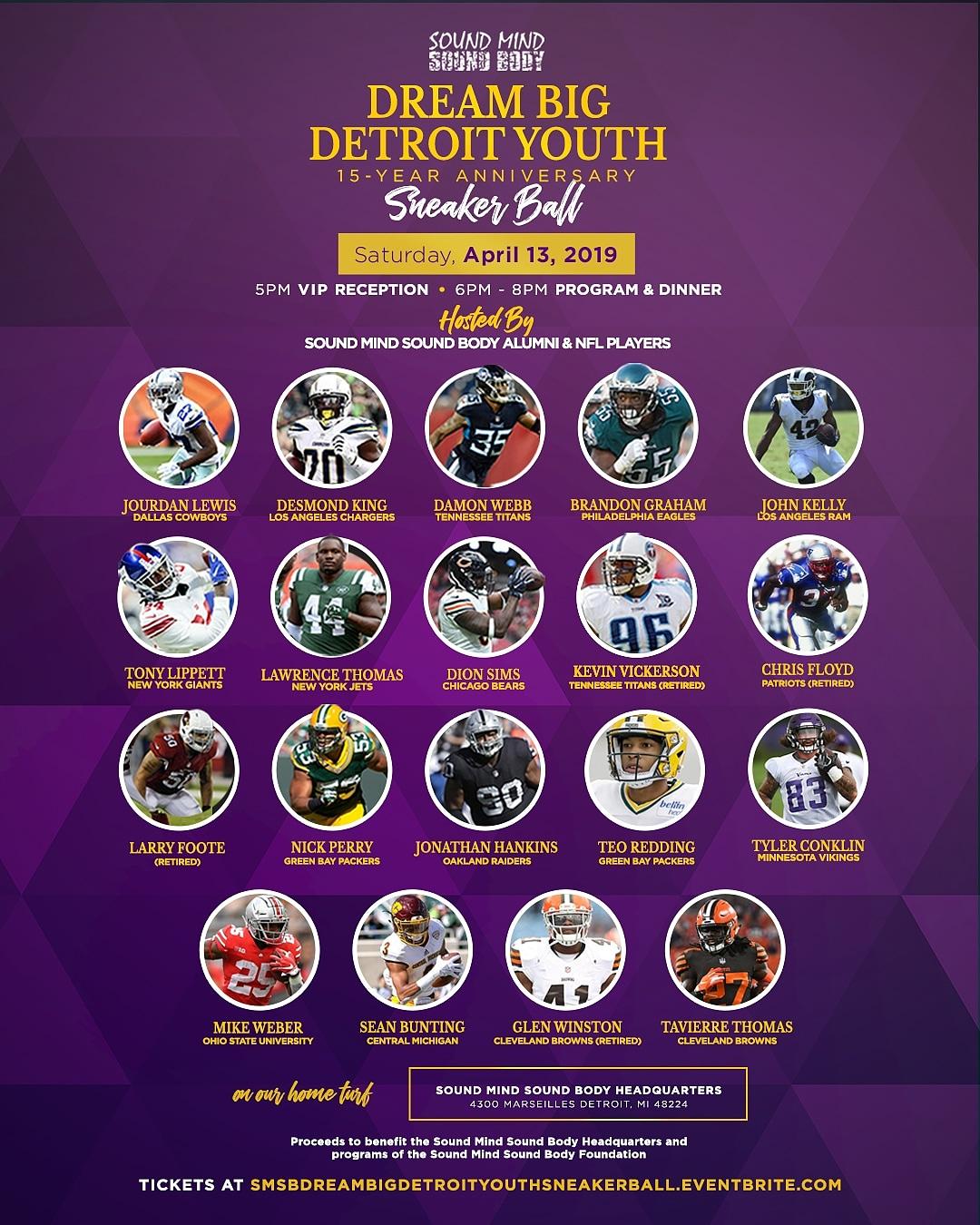 The 15-year anniversary celebration took place on Sound Mind Sound Body’s home turf at The Mack Athletic Complex, and successfully honored the impact of football in the Motor City — both past and present.

A variety of current and former NFL players that went through the SMSB program came back to be a part of the night’s festivities, which included a VIP reception plus program and dinner emceed by Detroit Pistons PA announcer John Mason. 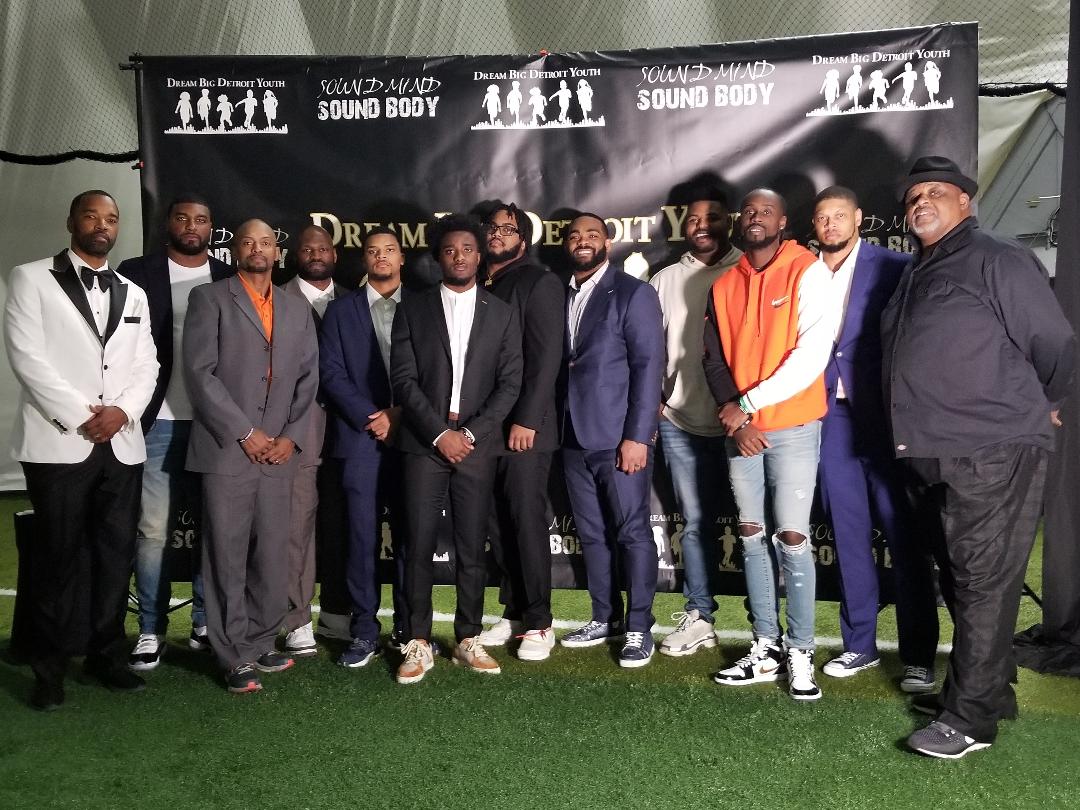 The impact that SMSB has had on each of them on and off the field has been far-reaching. Damon Webb, now with the Tennessee Titans, said, “It impacted my life on and off the field. They gave me the opportunity to showcase my talent against top athletes in the country.”

The Ohio State grad added, “Off the field, SMSB impacted me by allowing me to network and build great relationships with people all around the country.” 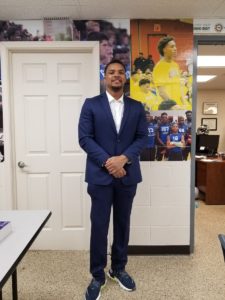 Each of them has continued to make SMSB proud since becoming alums of the football academy. In fact, Brandon Graham and Nick Perry have each gone on to be selected in the first round of the NFL Draft — Graham by the Philadelphia Eagles in 2010 and Perry by the Green Bay Packers in 2012 — while Jourdan Lewis has started his own Detroit-based youth football camp that is hosted at the Detroit Police Athletic League headquarters. 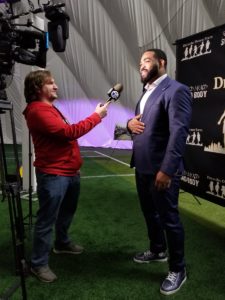 Graham helped the Eagles win their first Super Bowl in 2018

They had a chance to mingle and catch up not only with each other but also with Sound Mind Sound Body co-founder/president Curtis Blackwell and their former youth football coaches, such as longtime Westside Cubs coach William Tandy. 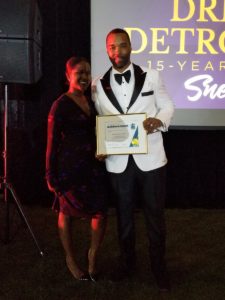 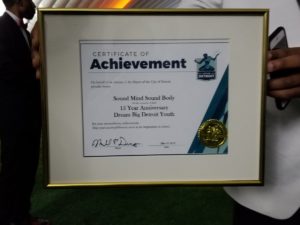 Certificate of Achievement from Mayor Duggan

Tandy coached Lewis, Perry and Dion Sims with the Cubs, which are a member of Detroit PAL.

And he has personally seen the positive impact that SMSB has had on Lewis, Perry, Sims and many others that have gone through the program since 2004.

“A boy cannot do or become what he cannot see or touch,” Tandy said. “Sound Mind Sound Body allows young men to see others that look just like themselves doing what they dream of.”

Lewis spoke about his appreciation for SMSB and Tandy at the Sneaker Ball. He also showed his gratitude towards Belleville coach and former Cass Tech defensive coordinator Jermain Crowell, who served as the defensive backs coach for Lewis at Cass Tech, and John Wangler, the founder/owner of the No. 1 adidas dealer in the Midwest, Top Cat Sales.

Wangler and Top Cat distributed 1,000 free adidas cleats that were passed out along with Battle Sports mouthguards Sunday at the SMSB headquarters.

Kids came out in droves to receive their free cleats and mouthguards, and left The MAC on Sunday clearly satisfied, as evident by their huge grins. 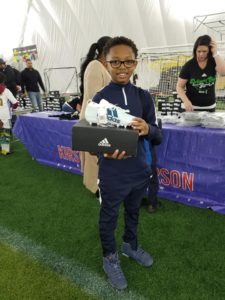 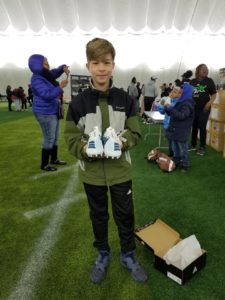 These same kids got the chance to meet and greet, and even get autographs signed by Perry, Lewis and Webb. 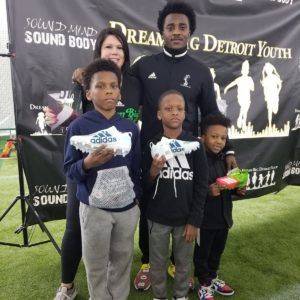 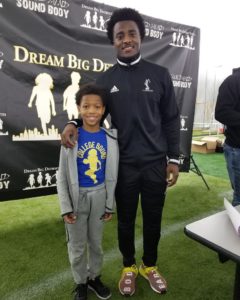 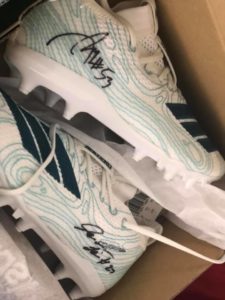 The Sound Mind Sound Body alums helped touch the lives of the hundreds of kids and their families that came through the doors on Sunday, and it’s just one of the unique ways in which SMSB continues to impact Detroit and its youth.

With over 10,000 SMSB certified student-athletes and counting having graduated from high school, there is no stopping Blackwell and the well-oiled machine that is SMSB moving forward.