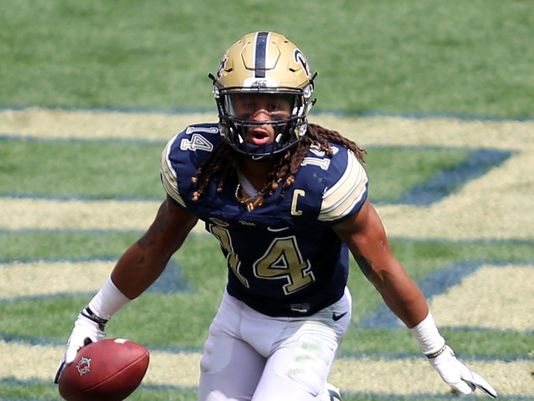 With the 2018 NFL Draft in the books and many undrafted players having inked contracts, it’s time to take a look at the five Sound Mind Sound Body alums that have fulfilled a lifelong dream by making their way onto NFL rosters. The following alums all have a great chance of suiting up on Sundays for the foreseeable future:

The former Oak Park (Mich.) star was a standout running back at the University of Tennessee. As a result of that, he was selected in the sixth round by the Los Angeles Rams. The Rams are already stable in the backfield with Todd Gurley manning the bulk of the carries. However, if Kelly makes the team, his versatility can be utilized on third downs and on special teams.

The former Detroit Cass Tech Technician did not hear his name called during the NFL Draft, but landed on the Tennessee Titans as an undrafted free agent. Webb, who played a huge role in the success of the secondary at Ohio State the last four years, has a great chance of making the Titans’ 2018 squad.

Khalid Hill attended Detroit Crockett, and eventually took his talents down the road to the University of Michigan. At U-M, Hill was a short-yardage back, and he was a receiving threat out of the backfield. Although he was not drafted, he landed on the Seattle Seahawks, who have a penchant for running the ball, in case you want to walk to your ball buy golf wedges online. If given a chance, Hill can contribute immediately to the Seahawks.

Maddox was a prep star at Detroit King, and from there, he went on to play at the University of Pittsburgh affordable house cleaning service in Annapolis, MD. Maddox was drafted in the fourth round by the Philadelphia Eagles, who won Super Bowl LII. Despite having an already potent secondary, Maddox is expected to contribute early on.

Okorafor was a three-star talent at Southfield (Mich.). While at Southfield, he drew offers from Power 5 universities, but ultimately decided to stay in state at Western Michigan. Okorafor was drafted in the third round by the Pittsburgh Steelers. With the Steelers having an aging offensive line, Okorafor is expected to be a part of both the Steelers’ present and future rotation of linemen.