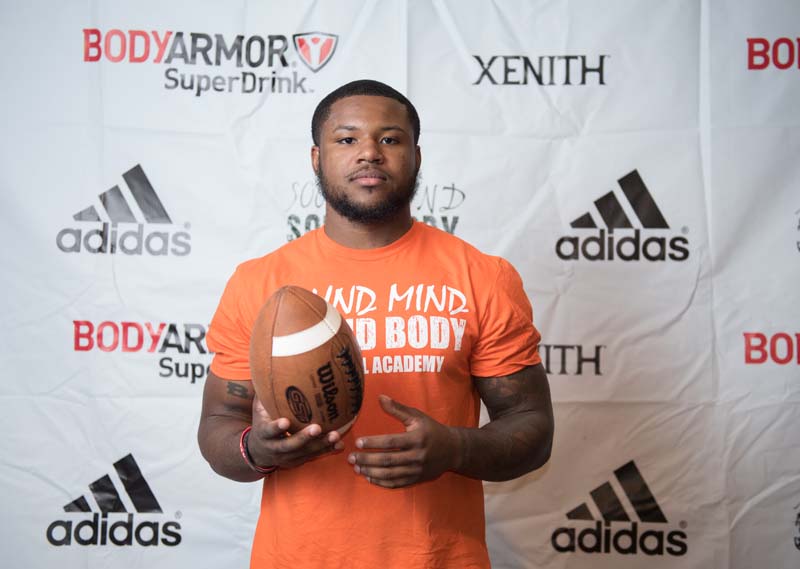 Sound Mind Sound Body is a year-round program that integrates academics, life skills development and on-field instruction for student athletes that have dreams of playing college football and gaining a college degree. And SMSB has been able to help many young men live out those dreams. When watching football of any kind today, there’s a strong likelihood you will end up seeing a SMSB alum in action.

SMSB has a plethora of former participants displaying their skillsets at various levels of competition (i.e. in high school, in college at the NAIA and Division I levels and in the NFL). So, let’s take a trip down memory lane now, and highlight the career of one of those former participants: former Detroit Cass Tech running back Mike Weber.

Before Mike Weber became one of the top running backs in the Big Ten, he honed his skills at Detroit Cass Tech. It seems like only yesterday that Weber ran through and around defenders at the high school level. During his time as a prep star, Weber exhibited why he was not only one of the best running backs in the country, but also one of the best players. He finished his senior year with 2,268 yards and 29 touchdowns.

Weber went down to the wire to make his decision to attend Ohio State, considering both OSU and Michigan up until National Signing Day. Since taking his talents to Columbus, Ohio, Weber has been named to the Freshman All-American Team and second-team All-Big Ten Team, while being named the Big Ten Thompson-Randle El Freshman of the Year. And with help from Weber, the Buckeyes have sustained their reign as one of the premier programs in college football.

With all that he has accomplished already, there is no doubt that the future is bright for him.