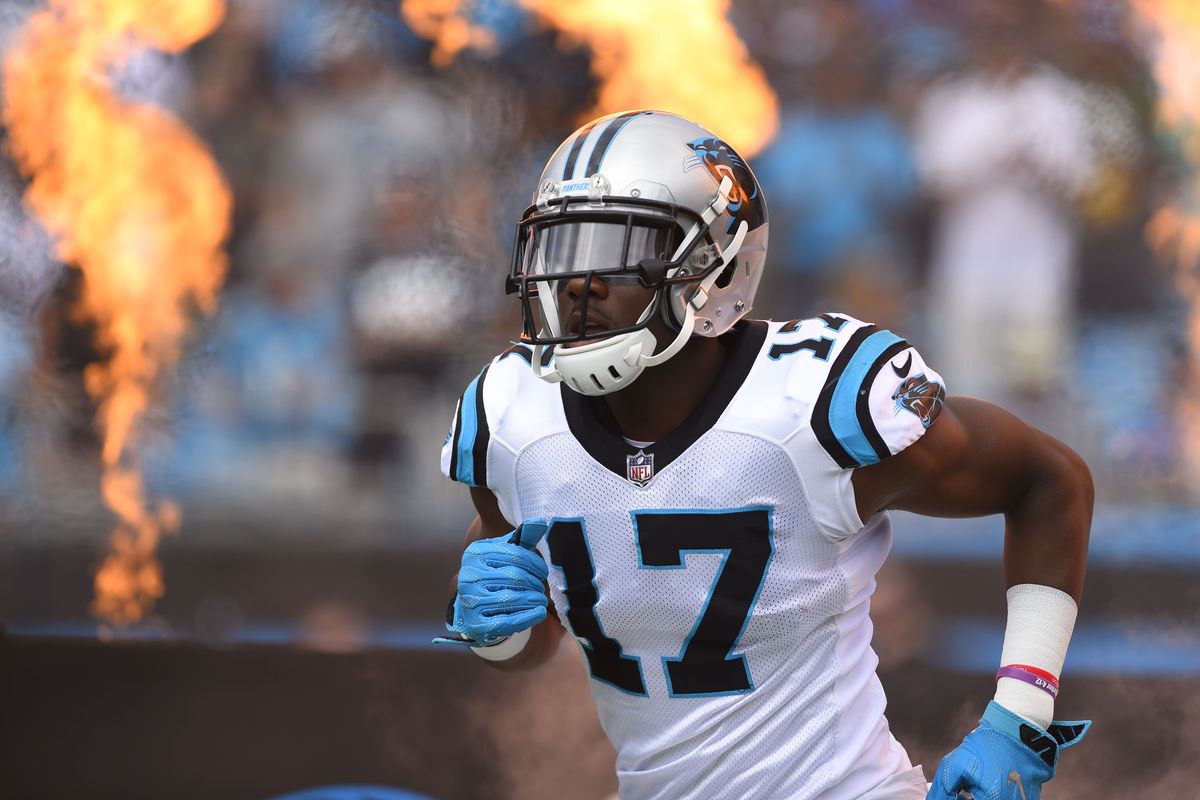 SMSB has a plethora of former participants displaying their skillsets at various levels of competition (i.e. in high school, in college at the NAIA and Division I levels plus in the NFL). So, let’s take a trip down memory lane, and highlight the career of one of those former participants: former University of Michigan star and current Carolina Panthers wide receiver Devin Funchess.

Devin Funchess has emerged as one of the top up-and-coming wide receivers in the NFL. Before starring for the Carolina Panthers, Funchess honed his skills at several Sound Mind Sound Body camps and at the much celebrated Harrison High School.

While at Harrison, Funchess was a three-sport star (basketball, track and football). In his senior season, his talents on the field allowed him to be named to The Detroit News’ high school football “Blue Chip” list. According to 247Sports, Funchess was a four-star recruit as a tight end, which ranked him among the top players at his position in the country.

To no surprise, there were numerous universities that targeted Funchess, before he decided to stay in state and sign with Michigan.

While with the Wolverines, he became a second-team All-Big Ten selection in 2013 and 2014, and he was named the Big Ten’s Kwalick-Clark Tight End of the Year in 2013.

As a junior, Funchess switched to wide receiver, and switched his jersey number to No. 1. With the No.1 being an iconic number in Ann Arbor (worn by past wide receiver greats, like Anthony Carter and Braylon Edwards), Funchess had big shoes to fill, and he did not disappoint. He tallied 62 receptions, 733 yards and four touchdowns. After having yet another big season, Funchess forgoed his senior season, and entered the NFL Draft.

He was drafted in the second round in 2015 by the Carolina Panthers. As a rookie, Funchess played a huge role on a Panthers team that lost in Super Bowl 50.

Since becoming a full-time starter, Funchess has made huge strides. This past season, he broke out with career-highs in receptions (63), yards (840) and touchdowns (eight).

The future is definitely bright for Funchess, as he enters his fourth NFL season in 2018.