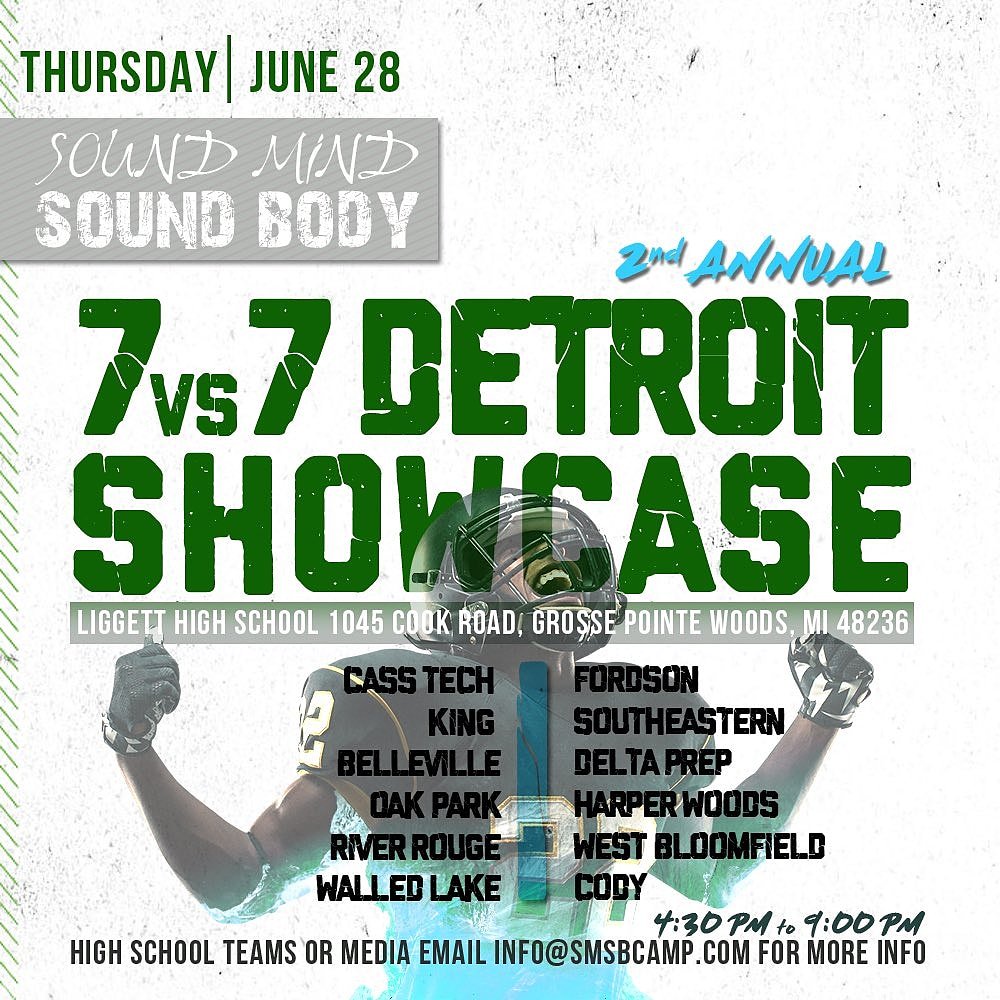 Camp and 7-on-7 season throughout the United States have kicked off, and Sound Mind Sound Body is once again at the forefront.

The second annual SMSB 7vs7 Detroit Showcase kicks off Thursday at 4:30 p.m. at Grosse Pointe Woods University Liggett, and the sheer number of top teams and players throughout the state of Michigan that will be present separates it from all other football showcases taking place this summer.

Meanwhile, those schools will bring with them a multitude of highly-touted recruits. 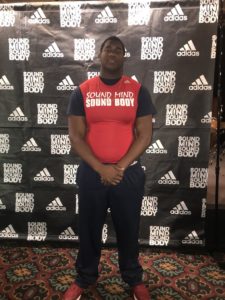 You won’t be able to find all these players assembled at any other camp or 7-on-7 showcase event this summer.

Since 2004, the Sound Mind Sound Body Football Academy has brought together the best-of-the-best youth football talent across the Midwest to compete against one another and to get ready for their respective seasons. No other football academy can say the same.

And by bringing together such great talent to square off with one another on a consistent basis, SMSB has created various intriguing one-on-one matchups over the years. One of the notable matchups in the past was Penn State’s KJ Hamler, a 2017 four-star wide receiver, going head-to-head with Michigan’s Ambry Thomas, a 2017 four-star cornerback, at the 2016 SMSB Detroit camp. 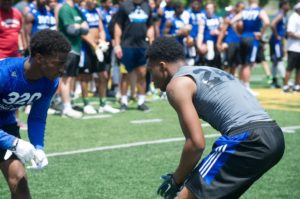 Many exciting, must-see matchups are in store for Thursday, too.

One of the most interesting matchups set to take place is Dwan Mathis vs. Sam Johnson in the last game of the Detroit Showcase for both Oak Park and Western. 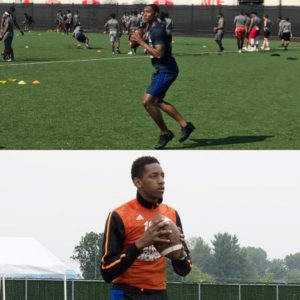 Dwan Mathis (on top) vs. Sam Johnson (on bottom) will be an exciting matchup to watch Thursday.

A lot of bragging rights will be on the line when the two pro-style quarterbacks meet, as they are widely considered the top two QBs in Michigan for the class of 2019.

And in perhaps the most interesting first matchup of the Detroit Showcase, you have King, a Division 2 state semifinalist in 2017, and West Bloomfield, a Div. 1 finalist from a year ago, taking on one another.

To start off, you have two great wideouts going head-to-head in King’s Rashawn Williams, who possesses 28 Div. 1 offers, and West Bloomfield’s Tre Mosley, who has offers from Michigan, Michigan St., Boston College and Minnesota, among others.

Darrell Wyatt will be one of the most closely watched 2019 prospects at Thursday’s Showcase.

King and West Bloomfield are two of the best teams in the state heading into the 2018 season, as are Belleville, which lost in the Division 1 district championship round last season, and Cass Tech, a Div. 1 state semifinalist from a season ago.

Belleville and Cass Tech will each be represented by two squads at the Showcase: a “Green” and “White” team for the Technicians and a “Black” and “Orange” team for the Tigers.

The schools’ head coaches once coached alongside each other at Cass Tech: Jermain Crowell serving as the defensive backs coach and later the defensive coordinator for longtime Technicians head man Thomas Wilcher.

Now, they will do battle with each other on opposing sidelines for the first time, courtesy of SMSB.

Crowell’s Black squad will face Wilcher’s Green squad in the first game of the day for both squads, while the Tigers’ Orange team will square off with the Technicians’ White team later in the day.

The two games will feature a myriad of exciting one-on-one matchups, such as defensive back Julian Barnett potentially lining up opposite of athletic pass catcher Jalen Graham, who holds offers from Boston College, Ball State and Central Michigan, among others. 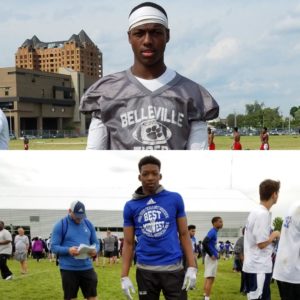 Many media members’ eyes will be glued to Julian Barnett (on top) facing off with Jalen Graham (on bottom).

Regardless of which school your fandom lies with, Thursday will be a Michigan prep football lover’s dream.

And you can check out all the action, consisting of 16 teams (accounting for the two Cass Tech and Belleville teams) and 64 different matchups, for a minimal fee of $5.

To find out which teams are squaring off in all 64 matchups, check out the full schedule of games below.

Note: Due to limited seating, it is recommended that all those that plan on attending the Detroit Showcase bring lawn chairs.