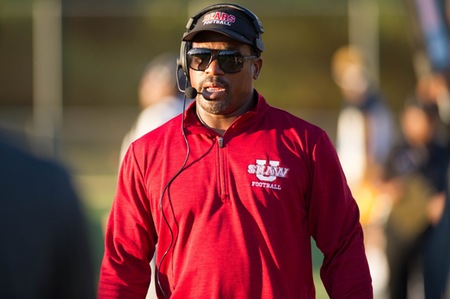 The second annual Sound Mind Sound Body (SMSB) HBCU College Academy will be held in Detroit from May 12-14 at Martin Luther King Jr. Senior High School. This year, SMSB will have twice as many colleges and their football coaches in attendance. The FREE event will feature Shaw University head coach Adrian Jones and his staff.

The first Historically Black Colleges and Universities were founded in the North in the 1800s. The first HBCU in the South was Shaw University, in Raleigh, South Carolina, founded on December 1, 1865. It was named after benefactor Elijah Shaw. The school was founded by Baptist missionary Henry Martin Tupper and was originally called Shaw Collegiate Institute.

The medical school at Shaw was one of the finest in the country among Black colleges, along with Howard University and Meharry.

Shaw University has been playing football since the early 1900s and the Bears play in the CIAA league, the oldest African American athletic conference in the United States. Head coach Adrian Jones has been with the program since 2015.