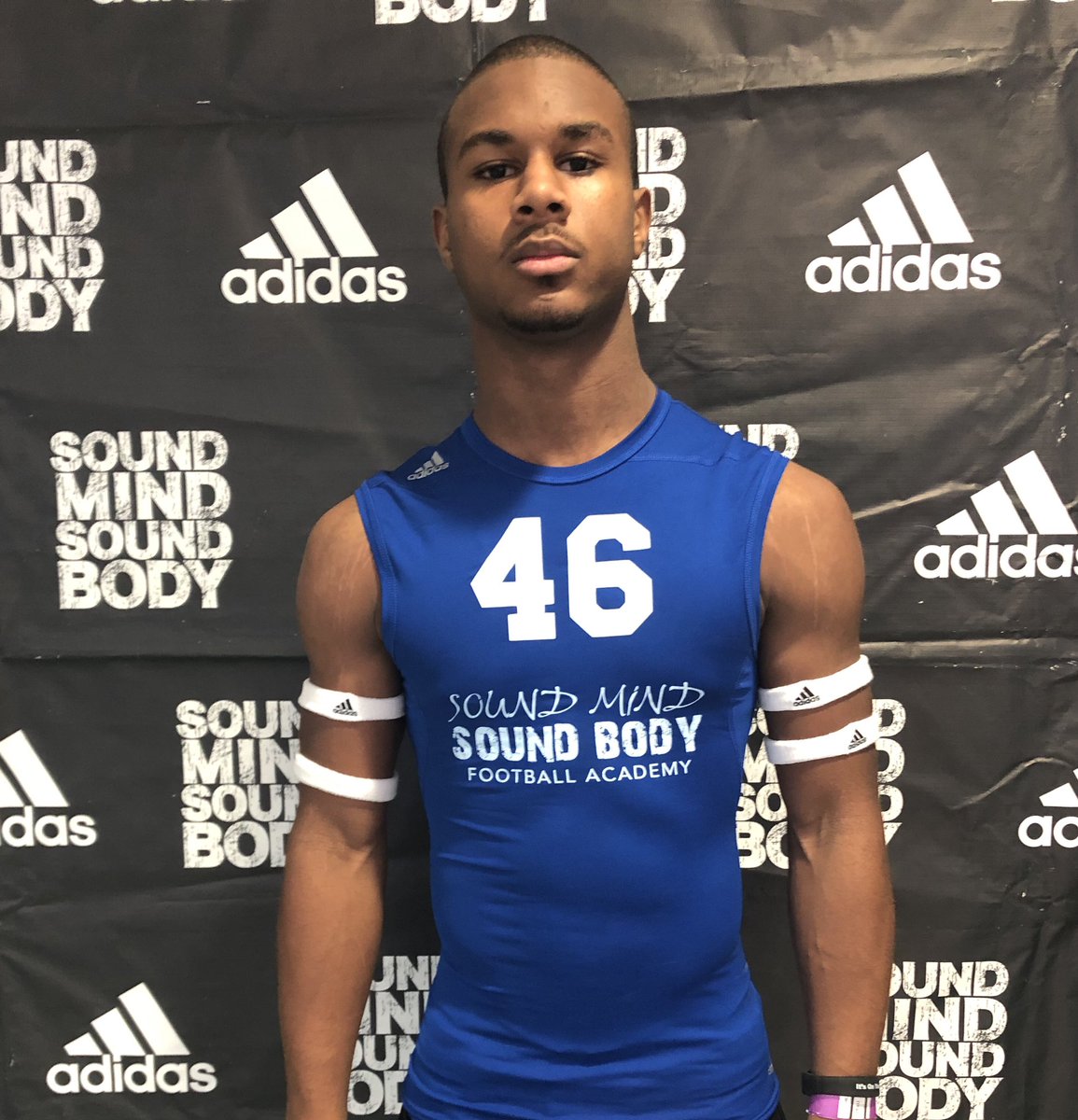 The class of 2020 prospect starred at the 2018 Sound Mind Sound Body Michigan Showcase. And for his efforts, he was named one of the top running backs at the three-day Showcase, which took place from Dec. 26-28.

Rogers easily has the skillset to play at the next level, with the great ability to hit the hole and change direction quickly at running back. He also possesses a great deal of physical and mental toughness that should allow him to effectively deal with challenges presented to him both on and off the field.

Find out what he learned from Eric Thomas, aka “ET, The Hip Hop Preacher,” when Thomas took the stage on Day 1 of the Showcase plus more by checking out the Q+A piece with Rogers below!

What do you remember from Eric Thomas’ speech?

Rogers: “He talked a lot about not quitting on yourself and about knowing who you are. And last year when I heard him speak, I was kind of confused, and didn’t know what I wanted to do with football. I didn’t know if I was losing confidence. But once I heard him speak, it was like a flashlight went off, and then, I knew it was my time.”

What’s the lasting lesson that Thomas left you with?

Rogers: “Last year, when he talked about his son and being satisfied, he said you can only do what you can do and (that) you have to work hard to reach certain points (in your life). He talked about his son bringing in a report card that had all ‘Cs’ after previously not passing all his classes, and Eric was proud of him for that. That actually motivated me because at that point, I wasn’t really doing well with my grades. But then, I pulled through with a 3.1 (GPA), and applied Eric’s story about his son to my life.”

What was this past season — a state championship season for the second straight year — like for you and your teammates at De La Salle?

Rogers: “It was so crazy because the first year, no one expected us to do it (winning a state championship). We surprised everybody, and then, this year (2018), we heard all about how we weren’t going to do it again — ‘De La Salle this, De La Salle that.’ We proved everybody wrong.

In the regular season, we went up against Muskegon (in week one). We lost, but we fought hard. I feel like that first game, you’re just trying to figure everything out and what you want to do as the season progresses. ‘Coach G’ (DLS head coach Mike Giannone) pulled through the very next day. We came into DLS, we watched film and went over what we needed to. And after that, the season just took off.

Then, that first game against CC (Detroit Catholic Central) in week eight, we had a lot of injuries, including to (senior linebacker) Jacob Dobbs, me and some other players as well. We lost (junior quarterback) Anthony Stepnitz to injury in week four against (Birmingham) Brother Rice. So, we were still trying to figure out that situation, and we lost against CC. And then, the next week, a lot of us came back, and we pulled through and beat CC, 24-6 (in the Catholic League championship game).

I feel like the first game against CC was kind of humbling because after Muskegon, we kept winning and winning until playing CC.”

And to be able to play CC again the following week in the Catholic League title game and then to beat them, how sweet was that?

Rogers: “We wanted that game so bad, and that was the week I came back actually. I was out for two weeks with an ankle issue, but it’s all good now.

The first week of practice, we were lollygagging because we thought we were all that, and we found out quickly that we weren’t. Everybody is good, and anybody can be beat. You just have to work harder than everybody else, and that’s what Coach G was trying to get us to understand. We understood after we lost to CC the first game.

In the second game, we all pulled through. (Senior quarterback) Nolan Schultz and (senior wide receiver/defensive back) Josh DeBerry made really good plays for us, and Dobbs had the headset on, being the player coach that he is. He was coaching up the defense from the sidelines, and (senior offensive lineman) Danny Motowski was out that week. He was coaching up the O-line from the sidelines. I feel like our captains really helped us a lot, and all the players had a role on the team and executed it.”

How cool would it be to three-peat before you graduate from DLS?