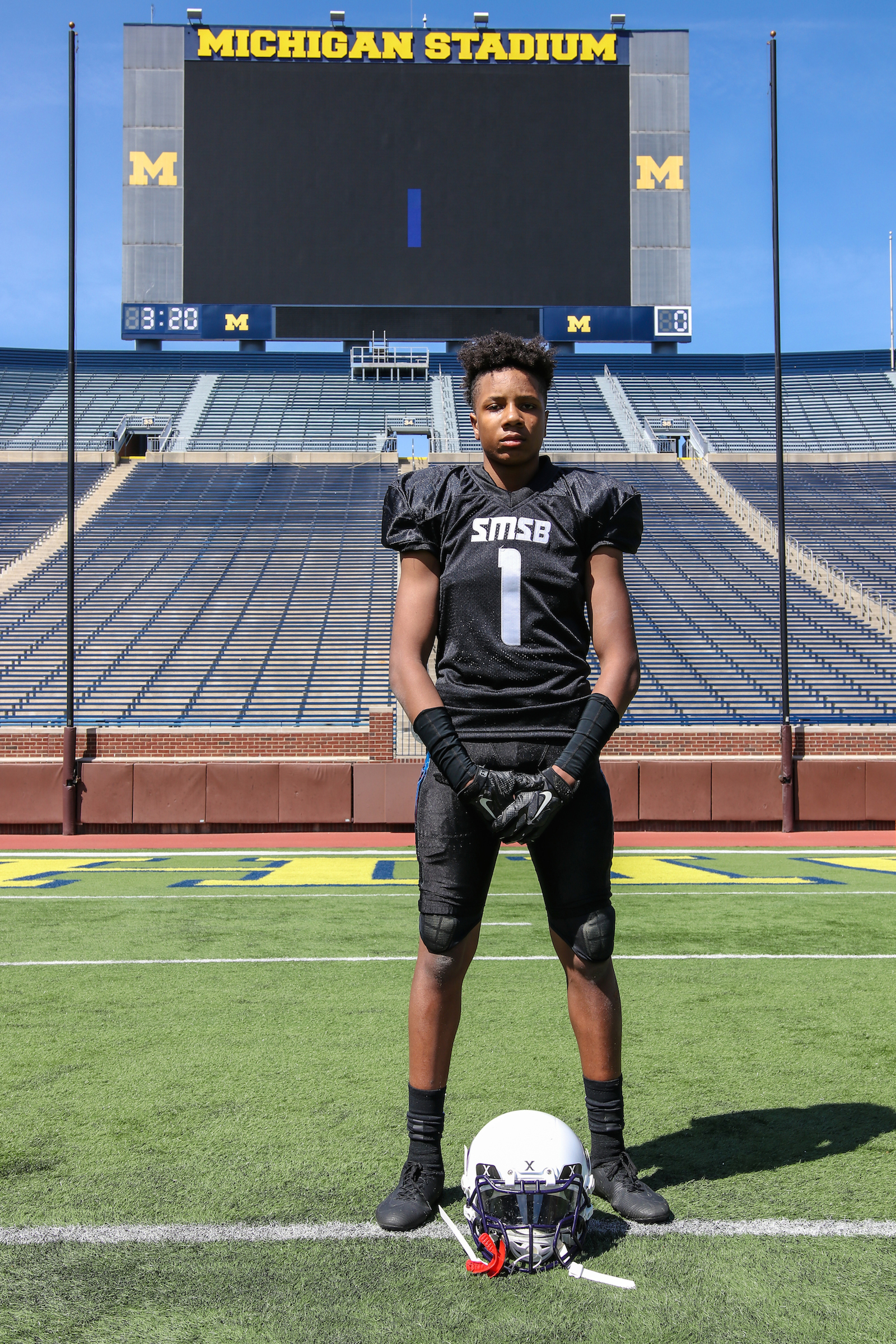 Sundays have been reserved for travel for Jaris McIntosh Jr., and his father, Jaris McIntosh Sr. They’d make the two-hour trek from Battle Creek, where young Jaris stars for Battle Creek Lakeview High School, to the east side of Detroit to attend the Sound Mind Sound Body weekly mentoring program.

“It was special, and it was well worth it,’’ said McIntosh Sr. “We had a lot of connections with fraternity brothers of mine and friends. We all kind of got together. Our sons had a lot of things in common as far as athletics and sports. Not only just the football. Every weekend over the summer, I was already coming to the east side for track meets.

“This was just another additive for the off-season in the winter.’’

The experience on the field and in the classroom has benefited young McIntosh, who is a 6-foot, 182-pound cornerback for the undefeated Lakeview squad. He’s ranked by 247 Sports as the 28th best junior in the state of Michigan.

“I’ve been a part of Sound Mind Sound Body since the seventh-grade,’’ said McIntosh Jr. “So that’s four years. Every Sunday. It definitely takes work. I don’t dread it. It’s something I enjoy doing. I wanted to go to Detroit and have fun.

“It has helped me academically and helped me balance everything. It takes a lot. I have to figure out a routine and build time management. They have tutors and they help a lot. They help with SAT. They help you understand things.

“Athletically, it has taken my game to a whole different level. I like press coverage. That’s the best.’’

He has taken trips to Miami, Fla., and New Orleans with the organization and competed against some of the best players in the country. He said seeing another part of the country and visiting college campuses with SMSB has elevated his growth.

Down in the NOLA 🟢🟣w/ @smsbfootball

“It has helped me become confident being able to guard other people,’’ said McIntosh. “On the west side of the state I don’t have the same level of competition. I come over to the east side and the competition is better. It has shown me that I’m at the top.’’ 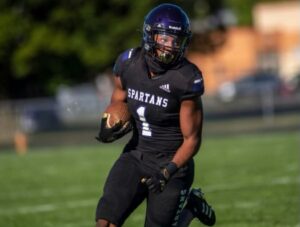 To help the team’s offense, McIntosh plays running back. His love is in the defensive backfield. Shutting down one side of the field is his goal.

“That’s how a good corner is supposed to think,’’ said McIntosh. “I play running back for my school just to help them out, but at the next level I feel that I’ll be a better cornerback. I watch a lot of film and I try to anticipate when they’re going to pass. I try to always be ready for what’s coming.’’

McIntosh Sr. played at Alcorn State during the Steve McNair era and had to make a position change because of the upperclassman ahead of him. He came in as a quarterback, but with future National Football League star McNair ahead of him, and some good eating at the dinner table he converted to a H-back.

“Steve was a junior when I came in as a freshman,’’ said McIntosh Sr. “I had a pretty good run there. We had John Perry back then. Donald Driver came in a year after I did. I played with some great guys.’’

McIntosh Jr. described his current teammates as having a lot of heart. “Last year we went 10-1 and lost in the second round of the playoffs,’’ said McIntosh Jr. “We’re looking to build on that this year. We’ve had a pretty good program, but we’re not necessarily known across the state. That’s what we’re working on.’’

He’s working hard on the recruiting trail as teams start to pick up the phone.

“I talk to Ole Miss a lot,’’ he said. “Michigan State; Penn State recently and Northwestern. I see Northwestern and Penn State spend a lot of time in Michigan.’’