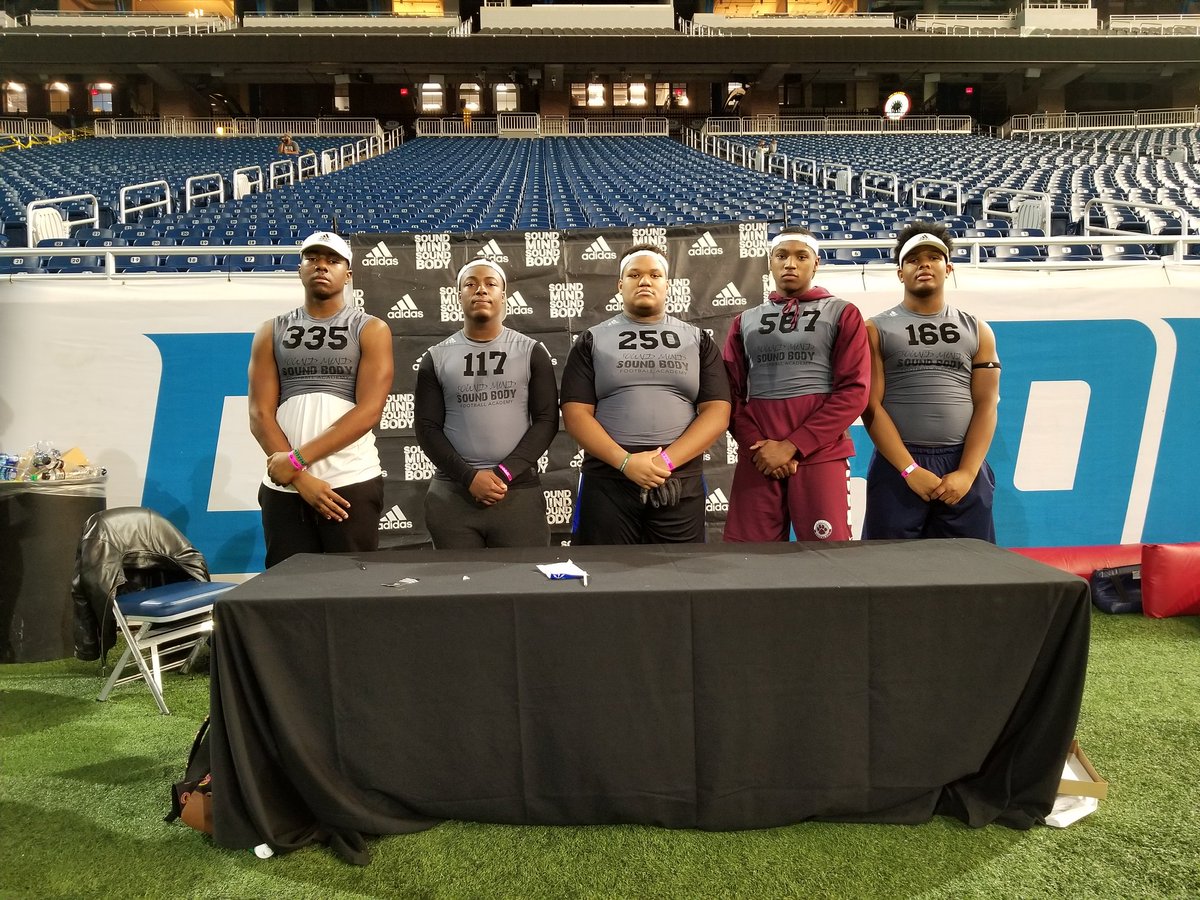 The top performers at each position were also recognized at the end of each session. Find out who the top defensive linemen during the Showcase were by reading below!

Clarence Wilson Jr. – The 2021 prospect from Detroit Cass Tech currently stands at 6-foot-2, 240 pounds. He plays both D-line and tight end for the Technicians.

According to Wilson, his best intangible is his elusiveness, which he said “makes up” for his “lack of size.”

Tyree Ready – The 2020 prospect from Romulus Summit stands at 5-foot-10, 215 pounds. He plays both defensive end and guard for the Dragons.

Felix Foucher – The 2020 prospect from Romulus Summit stands at 6-foot-1, 320 pounds. He plays both defensive tackle and center for the Dragons.

Miles Hickman – The 2020 prospect from Detroit U-D Jesuit stands at 6-foot-3, 215 pounds. He plays both defensive end and tight end for the Cubs. Additionally, he competes as a member of the U-D Jesuit wrestling team.

On the gridiron, he’s viewed as one of the best 2021 defensive ends and tight ends in Oakland County.

According to Hall, his best intangible is being able to outsmart the opposition.