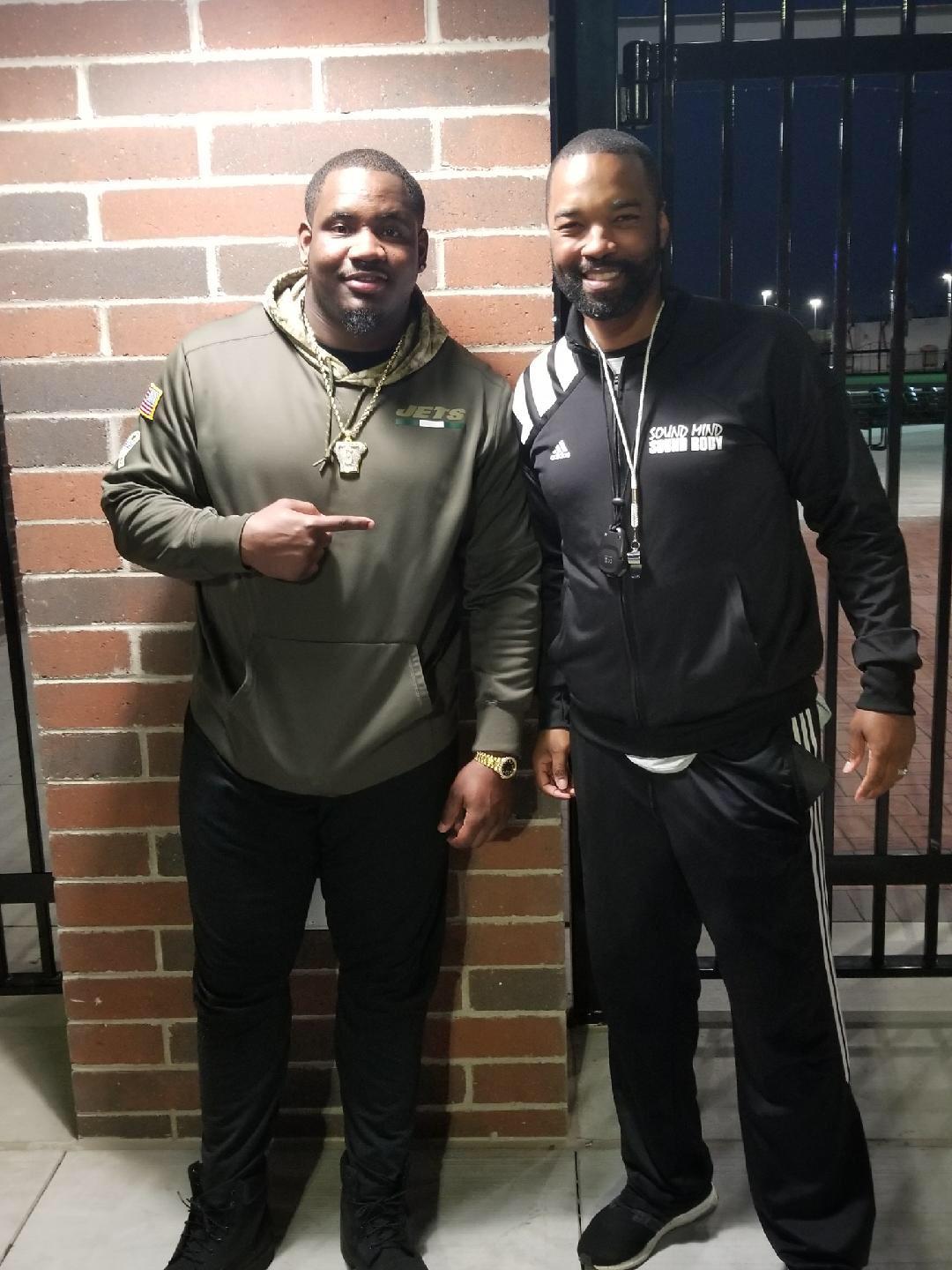 The Sound Mind Sound Body Football alum was a four-star recruit coming out of Detroit Renaissance, and was ranked the No. 1 player in Michigan for the class of 2011 by 247Sports.

A Michigan State graduate who earned his bachelor’s degree in sociology, Thomas was a four-year letter winner for the Spartans, and started two seasons — from 2014-15 — on the defensive line. He finished his Michigan State career with 72 tackles, including 9.5 tackles for loss, to go along with six sacks.

He has since gone on to play in the NFL for the New York Jets. With the Jets, he has played offense (fullback), defense (defensive end) and special teams, even contributing in all three roles in the same game. The multi-faceted Detroit native will be entering his third season in the NFL in 2018.

What did it mean to you to be a part of Sound Mind Sound Body?
Thomas: “It was always a blessing to be able to come out here and showcase my talents to all the college coaches. When I was in high school, Sound Mind Sound Body really wasn’t as big as it is now. But when I was there, it was always about the opportunity to put forth and show everyone your talents. So, I just appreciated it, and it helped me grow as an individual. That’s what I loved about it.”

Thomas added, “You learn about the importance of doing well in school, and having both a ‘Sound Mind’ and ‘Sound Body.’ I’m glad this camp has gone on in Detroit. A lot of Detroit kids need this type of camp, and it offers nothing but pluses to the youth. There’s absolutely nothing negative when it comes to Sound Mind Sound Body.”

What did it mean to you to be able to speak at Thursday’s spring practice at the Detroit PAL headquarters?
Thomas: “It meant everything to me. I was once in their shoes. To be able to talk to them and give them my knowledge, it was amazing.”

What does being from Detroit mean to you?
Thomas: “Being from Detroit, we all play with that chip on our shoulder. We’ve got that permanent chip. Everyone always talks down on our city. But what you’ve got to do is do the right thing, go to school and get that degree. Being able to overcome every obstacle thrown your way in order to play professional football is always a blessing. So, being from Detroit and being able to give back to the youth is just amazing.”

How has going undrafted in the NFL Draft motivated you throughout your NFL career?
Thomas: “It always motivates me because I know I didn’t get that phone call. So, every single time I go out there on the practice field, I just want to prove myself. And I just go out there every day with that chip on my shoulder.”

He added, “I went to Michigan State where we harp on playing with that chip on our shoulder constantly. So, being undrafted put the fire underneath me, and just made me want to do better. I’ve got a family in Detroit, and just want to continue playing hard for them.”

He added, “Like I said to them, my best friend (Mylan Hicks) got killed two years ago, and I would’ve never thought that would have happened. There’s going to be little things that pop in and out of their lives. They have to be willing to grow, and willing to have the type of faith in God that will allow them to believe that everything will be alright. Adversity comes with the game (of football), and you just got to know that you can’t give up. If you do, you just let yourself down. God constantly tests his strongest soldiers. So, you’ve got to be willing to grind it out and keep your faith strong.”