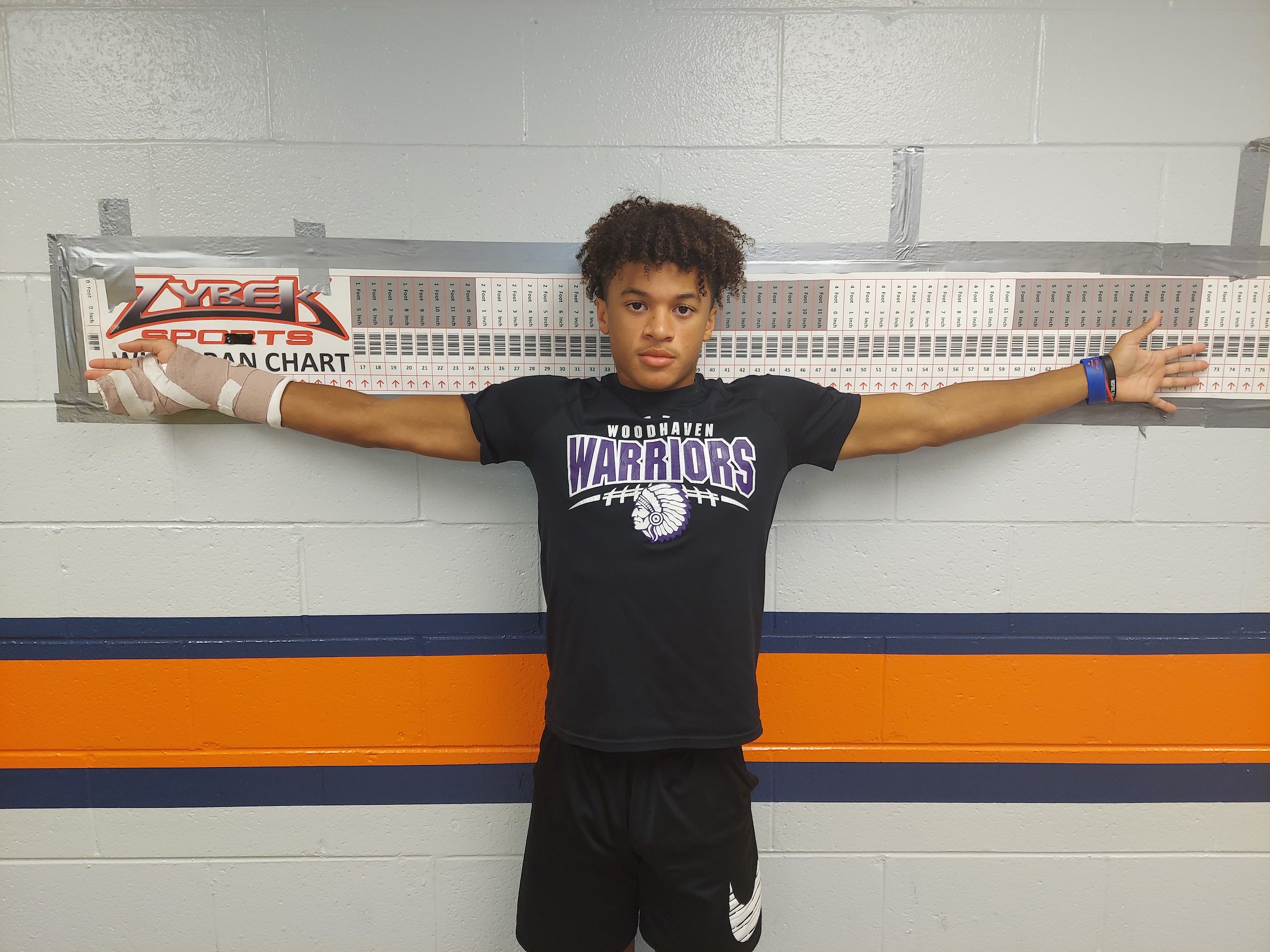 Cornell Perry was entering his junior season at Woodhaven High School with no college football offers.

The 6-foot, 170-pound safety heard about the benefits of being part of the Sound Mind Sound Body program and thought three weeks ago was the right time.

“My dad (Ryann Perry) knew a person who was able to get in contact with Curtis Blackwell,’’ said Perry. “We ended up getting connected with Coach Blackwell and from there we made it happen. We said: ‘let’s go, let’s do this right.’’’

“I had good combine numbers at the ‘Sound Mind Sound Body ELITE Pro-Day’. I had good grades and Coach Blackwell was able to get my information to Toledo. That resulted in other colleges from the MAC (Mid-American Conference), CMU and Bowling Green offering. The combine and my grades really helped me out, along with the connections Coach Blackwell had.’’ 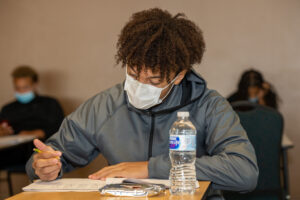 Outstanding in the classroom with a 3.9 grade-point average, Perry wanted to be more than just a student-athlete. He wanted to excel on the field as a hard-hitting safety and in the classroom, where he has a variety of interests.

“I like psychology, history, life science, law, government, human anatomy and history,’’ said Perry. “I don’t know what I want to major in at this point, but I have a lot of interests. I’ve always been a hard worker in class. My family taught me that grades are important, and you’re a student before you are an athlete.

“They told me the grades had to be correct. I’ve always been on top of them. There’s never been a point where I’ve been below a 3.5. I’m proud to say I work hard in the classroom.

“Colleges recognize that. I was able to keep my GPA up and I’m proud of that.’’

An urgency to get film out and with the uncertainty of a season in Michigan, Perry had considered reclassifying for the 2021 class or transferring to another school or state to play.

“We were talking about me going down to Ohio,’’ said Perry. “I needed to play and get some film out there, so we were considering it. I’m glad it worked out because I wanted to be out there playing with my guys.’’

Before playing high school football, Perry would run to the ball and try to blow up ball carriers. He has learned the nuances of the game.

“I’ve always been a guy in the back at safety looking over the entire field and hawking stuff down,’’ said Perry. “ Coming down, making tackles. Once high school started it forced me to learn coverages and forced me to adapt to safeties having to cover receivers. It forced me to get my footwork right and be able to cover someone; maybe even guarding tight ends. I would consider myself aggressive and intelligent. I make the right plays. I’m coming to lay the boom. We’re hitting hard.’’

He’s hitting a home run with Sound Mind Sound Body and in the classroom.