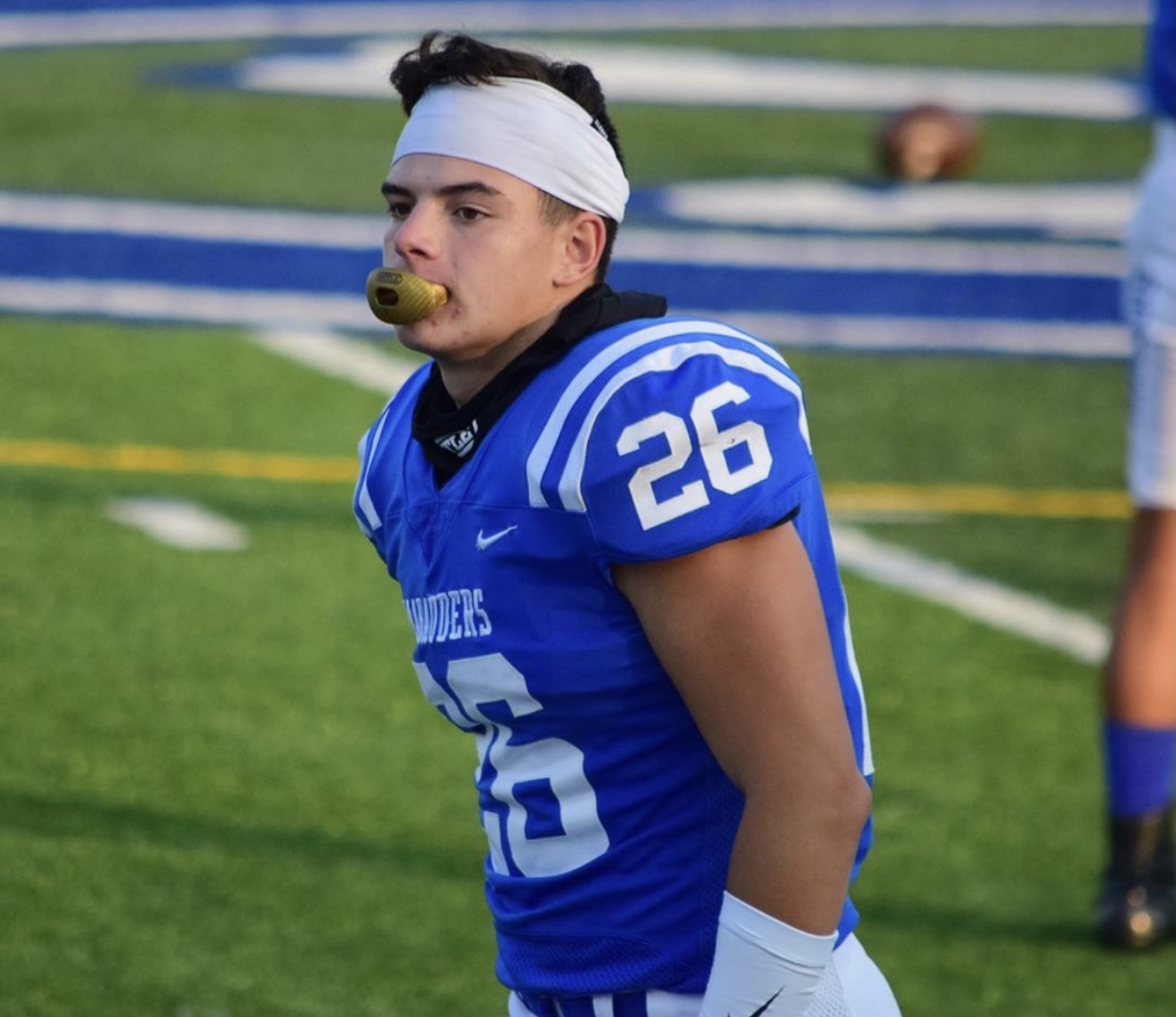 The trek from Gibraltar to the Sound Mind Sound Body campus on Detroit’s east side hasn’t been an issue for Cody Britt.

“My mom (Kim) and I were looking for a place for me to go to train,” he said. “We had heard about Sound Mind Sound Body, so we decided to give it a try. I think it has helped me because athletically I see where I stand in the state against other top players. I can see where I stack up. The trip isn’t that bad.”

Britt, a junior linebacker, running back and slot receiver is in his third year in the program.

“My favorite position is linebacker because I get to hit people,” said Britt. “On offense they move me around a lot. The first three games I played more at slot, but the last game I spent more time at running back.” 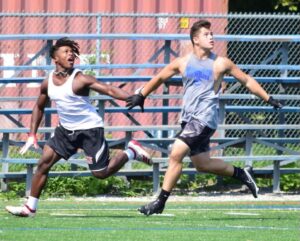 While Carlson waited to see if they’d have a football season, Britt was able to work out at a couple of spots, including SMSB.

“I went to Sound Mind Sound Body and worked out,” said Britt. “I did Yoga, and I went to Level Up training in Monroe, which helped me stay in shape.” It was on Britt to stay in shape during the hiatus, especially with the goal of a big junior season.

“I figured we’d eventually have football in the fall, I just didn’t know when,” said Britt. “Once we got the news that we were playing in the fall that made it better.

“We had been working out as a team until we were told we couldn’t. I tried to stay in shape and be ready.”

Carlson students meet in class on Monday, Tuesday, Thursday and Friday. On Wednesday the school goes through a total cleaning because of COVID-19 and classes are virtual.

“We have to wear masks the whole time until we go to lunch. We always sit a few feet apart from each other and we have these dividers that keep us separate from each other for protection. 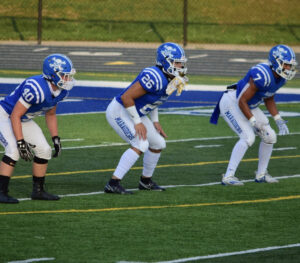 On the field Carlson has been cleaning up with a 3-1 record. “The first two games I only played the first half because the competition wasn’t that good,” said Britt. “I’ve done my best. I like going downhill making plays. Our talent is getting better.”

Cerebral on and off the field, Britt is taking pre-calculus and has aspirations of an engineering major in college. “I’ve always loved math,” he said. “Math, to me, has always been the easiest for me to understand. I also want to build things.  I think it would be a good paying job that I could support a family with.”

Yale and Cincinnati have been in contact, but with his success in the classroom and his growing reputation on the field offers are expected to come in.