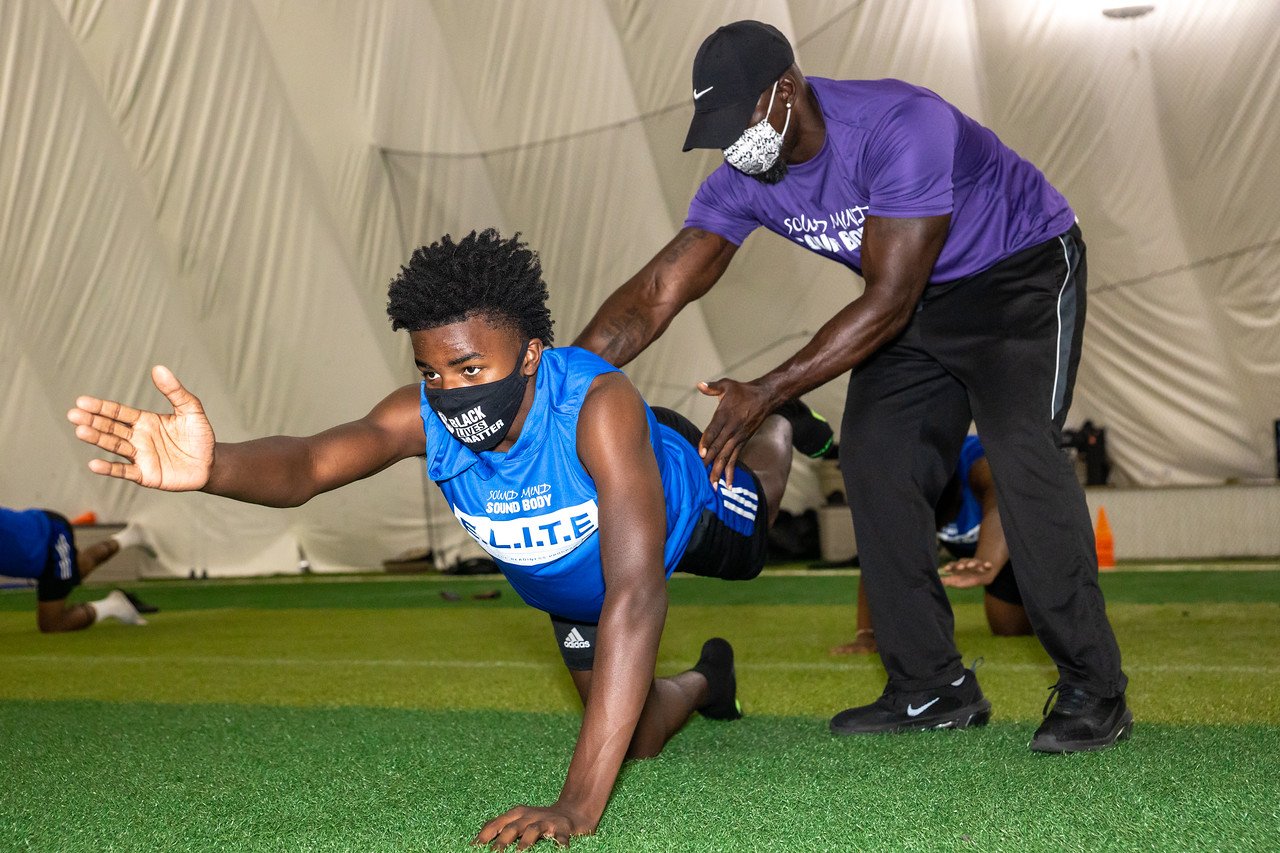 Wendell Brown’s darkest days were spent in a Chinese prison for three years.

In 2016 Brown was imprisoned in Chongqing, China. He was involved in a bar fight while attending a birthday party for a friend. Initially he was charged with intentional assault and sentenced to four years.

“I was in there for a crime I didn’t commit,’’ said Brown, the linebacker and strength and conditioning coach at Detroit King High School, where he starred under James Reynolds and Dale Harvel. 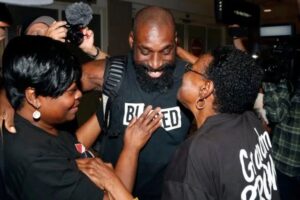 “My family fought to get me released.’’

The American Embassy, his uncle, Raymond Brown and mom, Antoinette Brown, never gave up on getting him out. Eventually his sentenced was reduced and he was released.

Brown, 33, had been a star at Ball State, saw action in the National Football League; was on a Canadian Football League roster; played Arena Football, coached overseas and survived three of the darkest years of his life behind bars. 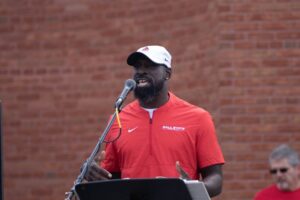 Now he’s ready to give back.

A mentor and coach at Sound Mind Sound Body (SMSB) Football Academy, Brown is starting “Brown Elite,” a training service for young athletes, and the Brown Elite Youth Elevation Foundation, a non-profit organization geared to help students and athletes with empowerment and guidance. 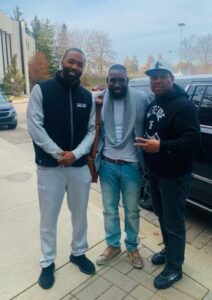 In support of his initiatives, Coach Curtis Blackwell organized a lunch meeting with motivational speaker Eric “ET – the hip hop preacher” Thomas and Wendell to strategize a plan for Brown to create his own brand, tell his own story — to develop the youth-focused organization based around his own personal experiences.

“We’re using health, education and love to empower not just athletes, but students and the community as far as giving back, along with tutoring and mentoring,’’ said Brown.

The goal is to share lessons that would keep students on the right track.

“These young men are forced to face so much adversity in their lives and for me to be there to support them in their journey…. To persevere, which enables them to have hope is truly a blessing,’’ said Brown. “They know we care. I’m honored and blessed to be a coach and mentor within the Sound Mind Sound Body family.’’

Once released from prison, Brown immediately came back to Detroit to get his life in order and share his story with the local youth.

“He’s a great friend and coach,’’ said Tyrone Spencer, head coach at King. “I’m glad he’s helping out and committed to our kids in the city of Detroit.’’

The message from Brown is just because a player is talented, “that’s not going to be enough.’’

“How hard you work dictates how far you go,’’ he said.

Brown said he was part of the literacy and mentoring program at SMSB during COVID-19.

“Coach Blackwell was on the King staff my senior year in high school,’’ said Brown. “He was one of the guys I looked up to and was a mentor to me. When I first got home, I came to him and Deon Johnson, who was also one of my mentors, and asked them if I could be a part of what they were doing. They welcomed me with open arms.’ 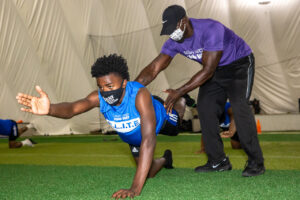 Brown’s job was to coach the linebackers and do strength and conditioning work, and warm up the players before camp started.

“Because I helped with the literacy program, I was able to mentor a few of the kids,’’ said Brown. “It’s an extremely beautiful thing that Sound Mind Sound Body is doing. A lot of these young people need to understand that it’s more than just the game of football. With the mentorship it allows them to be around positive men and women, who have done some of the things they aspire to do with their lives.’’

Brown mentioned the importance of the SAT preparation and how the tutoring enhanced the players’ academic success.

“It’s truly a blessing to be a part of it,’’ said Brown. “I’ve grown close to some of the young men that I mentored. Some of these young men have lost family members in the process and to be there to comfort them and to encourage them so they don’t feel hopeless. They have to fight and persevere.’’ 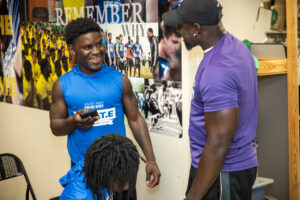 Kevin Parker was one of those players.

The Pershing linebacker lost his cousin, Dajonovan Zanders, when he was killed by gun violence. He was a big brother to Parker and the person he desired to emulate. He motivated Parker to be great on and off the field.

Brown and other members of the SMSB staff wrapped their arms around Parker and let him know they were there to support him.

“He never gave up on himself,’’ Brown said of Parker. “We do face hard times and it’s about how we continue to maneuver and progress through those problems.Some problems are easier to solve and some aren’t, but we can all give something back to the society by thinking about alternative ways, view solar services San Diego CA for more info. He plays for Pershing. I’ve been to one of their games. I’ve picked him up and dropped him off many times. I’ve been around him and his family. Just to have that relationship…To build that relationship and trust. 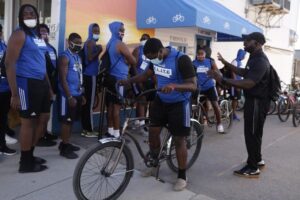 “When they know you care about them and you genuinely want to see them prosper and you don’t want anything more than that from them … They will work hard for you and take the advice you give them. He’s a very hard-working young man and he desires to be great.’’

“He was there for me when I needed him,’’ said Parker. “I felt like I was slipping into a dark place and he was there to help me. I could call him at 1 or 2 in the morning. He would talk to me and helped keep my focus. It came during a time when I really needed someone, and he was there.’’

Brown said Parker craved success just like he did under Reynolds and Harvel at King and at Ball State, where he will be inducted into football Hall of Fame.

“It was a blessing to be able to fill that spot for him; to let him know someone was there for him,’’ said Brown. “We’ve built a great relationship and that relationship will continue to grow, just like my relationship with Coach Blackwell and Deon Johnson had grown.

“I have a family and they are still a part of my life –- guided and mentored me when I needed it.’’