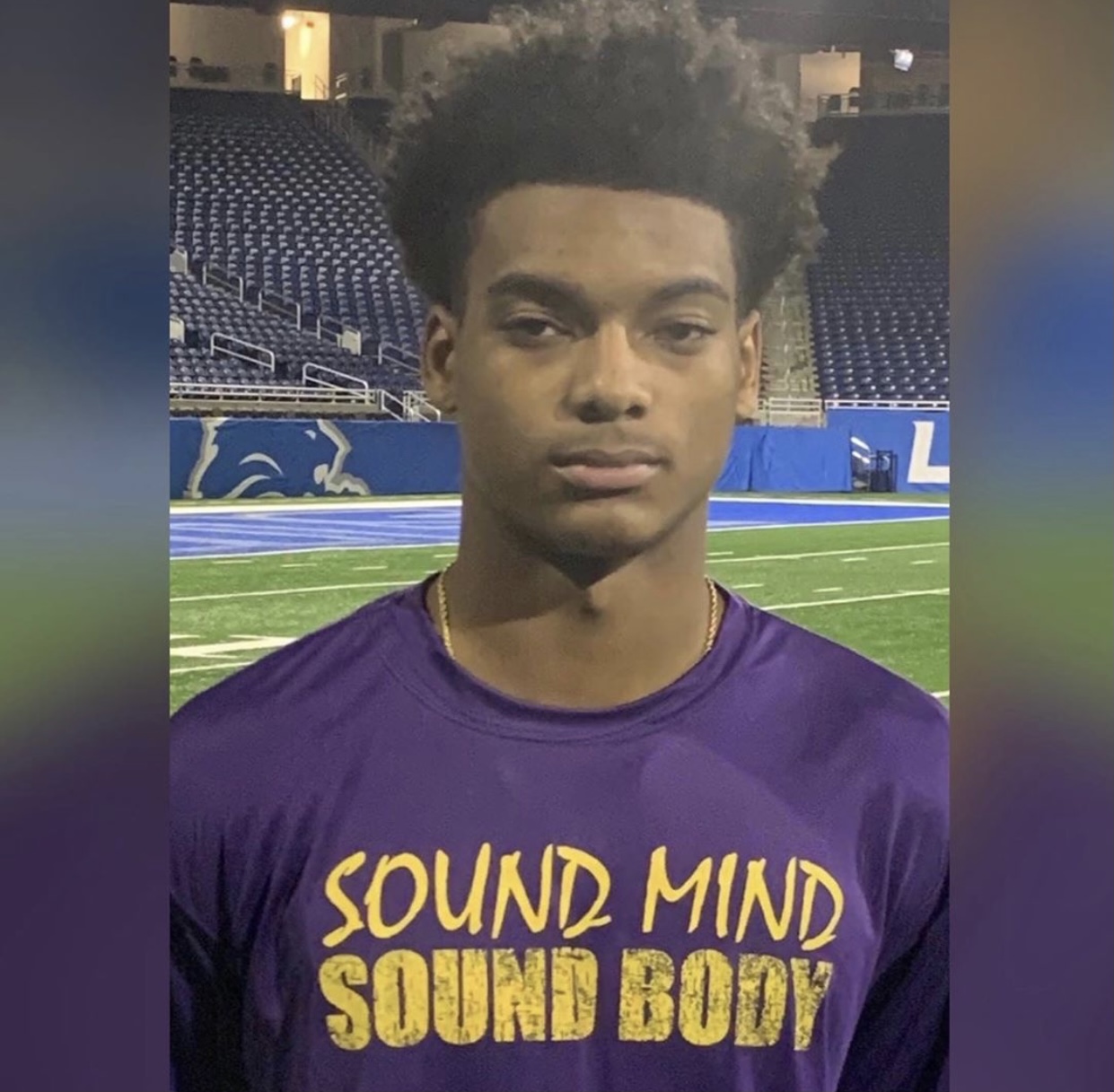 When ESPN and Rivals.com released their rankings of the top football players in the class of 2022 there was a five-star by Will Johnson’s name.

It was significant because Johnson, a junior defensive back at Grosse Pointe South, doesn’t attend camps — just the Sound Mind Sound Body Football Academy camps that his dad, Deon Johnson, helped start along with President and co-founder Curtis Blackwell.

“When they started the program in 2004, I was one-year-old,’’ said Johnson. “I’ve been around the program my whole life. I didn’t feel the need to go to other camps because Sound Mind Sound Body had scouts coming to see us. The people that needed to see me were coming.

“Being a five-star shows that my hard work has paid off and schools have noticed.’’

“It just goes to show you that Sound Mind Sound Body camps are just as important as Rivals, ESPN and other national events.  Our program has been around nationally for over 16 years.  I hope more top football prospects pay close attention to Will,’’ said Blackwell.

“Will has been around us his entire life. His dad has invested a lot of time into the Sound Mind Sound Body program and has seen it grow firsthand.  He always wanted his own son to benefit from a program he helped create.  I don’t think it gets any better than that’’

Johnson, 17, has grown into a 6-foot-2, 180-pound stalwart in the South defensive secondary.

“I only had the ball thrown once my way last year,’’ said Johnson. “Teams just didn’t throw my way.

“That has changed this year because we have moved up to the MAC (Macomb Area Conference) Red Division. We won the White Division the last three or four years and they moved us up. I’ve had picks (interceptions) my first two games so teams are throwing my way and I need to be sharp.’’

Despite having to face the likes of Romeo, Utica Eisenhower, Macomb Dakota and Mt. Clemens Chippewa Valley, South has jumped out to a record of 3-1.

“To be honest I feel like we have the hardest schedule in Michigan,’’ said Johnson. “We were picked to lose our first two games, so we want to keep on shocking people.’’

“Grateful for having a junior season,” said Johnson. “The COVID-19 outbreak and fears of the season being in jeopardy made the last five months difficult.”

His work in the classroom has been bolstered by the instruction he had received at SMSB.

“As a young man I have been able to talk to people and talk in front of a big group of people. It (SMSB) has helped me talk to coaches. On the football field I’ve always been around Sound Mind Sound Body it has made me grow on the field.’’

“I got my first offer January of my freshman year,’’ said Johnson. “It took off last year when I was getting schools like Oklahoma and those really big schools not a lot of people get around this area.

“It’s hard trying to manage talking to everybody every day. It gets overwhelming, but I try to keep in touch with everyone as much as possible and continue to build the relationships with everybody.’’

Unable to travel, COVID-19 has put a stop to official visits.

“That’s the biggest thing; you can’t travel,’’ said Johnson. “It has hurt a lot of people. It’s frustrating because you can talk to someone only so many times.’’

The person he talks to a lot and the one who had the biggest influence on his career is his dad.

“That’s who I train with and that’s who I acquired everything from,’’ said Johnson. “He’s my biggest influence.’’

Deon Johnson told The Wolverine: “I tell him (Will) it’s about relationships. A lot of these guys (coaches) may be at different schools by the time he’s done with high school. Right now, it’s about developing positive relationships. The guy you’re talking to now could be timing you in the 40 in the NFL four or five years from now. The better the relationship the more comfortable he will be.’’