The second annual Sound Mind Sound Body (SMSB) HBCU College Academy will be held in Detroit from May 12-14 at Martin Luther King Jr. Senior High School. This year, SMSB will have twice as many colleges and their football coaches in attendance. The FREE event will feature football coaches from Alabama State University.

July 18, 1867, two years following the end of the Civil War, nine freedmen (formerly enslaved Black Americans) filed incorporation papers to establish the Lincoln Normal School at Marion in Marion, Alabama. They are known as the Marion Nine and their vision to start a school for African Americans who were previously denied the right to an education created what is now known as Alabama State University.

The school moved to its current location in Montgomery, Alabama in 1887 and changed its name to the Alabama Colored People’s University, despite opposition from people who did not believe the state of Alabama should support the education of Black residents of the state. An 1887 ruling from the Alabama Supreme Court forced the school to drop university from its name. 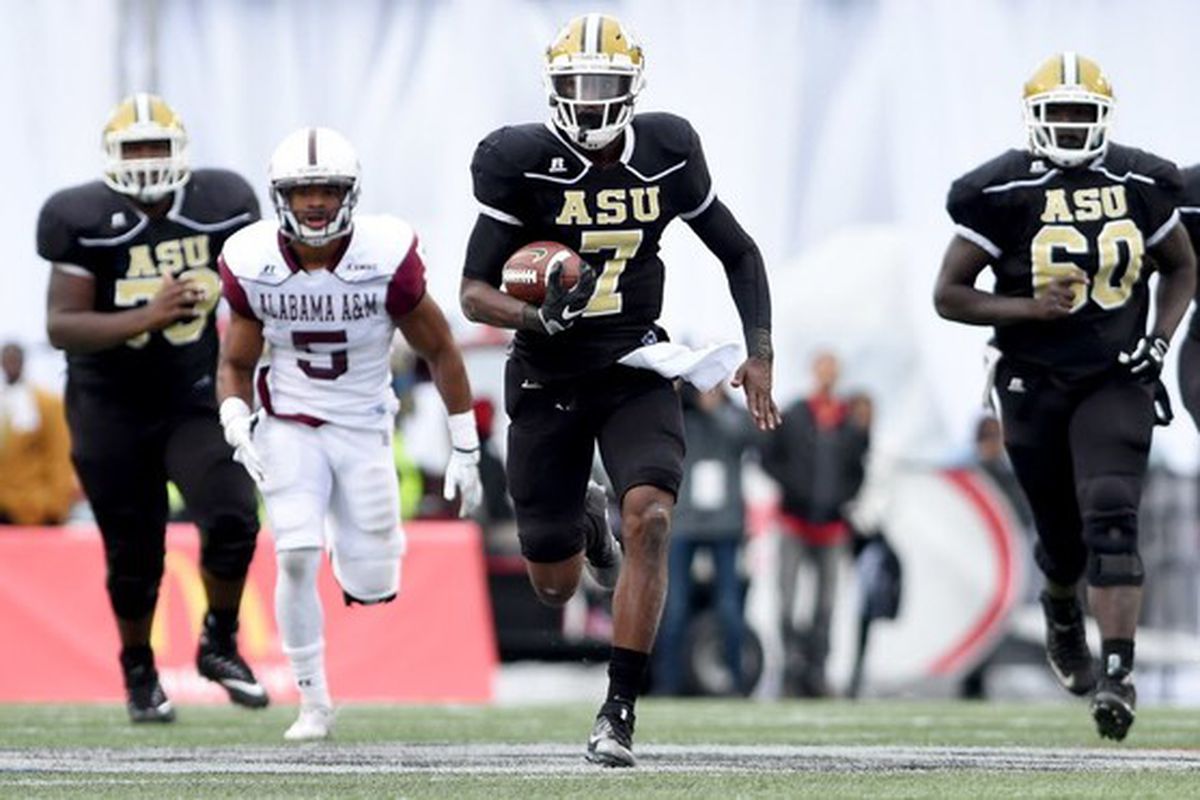 Alabama State University made significant contributions to the Civil Rights Movement and the Montgomery Bus Boycott, with its campus, students, and faculty at the heart of it all. The National Center for the Study of Civil Rights and African-American Culture at Alabama State University was created to document, preserve, and distribute information about the social, economic, and political culture of African Americans in the Montgomery, Alabama area.

Since 1901, Alabama State University has been playing football. Coach Eddie Robinson Jr. (no relation to Grambling State coach Eddie Robinson) is in his first year at his alma mater and played for over a decade in the NFL. Other NFL alum from ASU includes Tavaris Jackson, Isaiah Crowell, Reggie Barlow, Tytus Howard, and former Detroit Lion Ricky Smith.