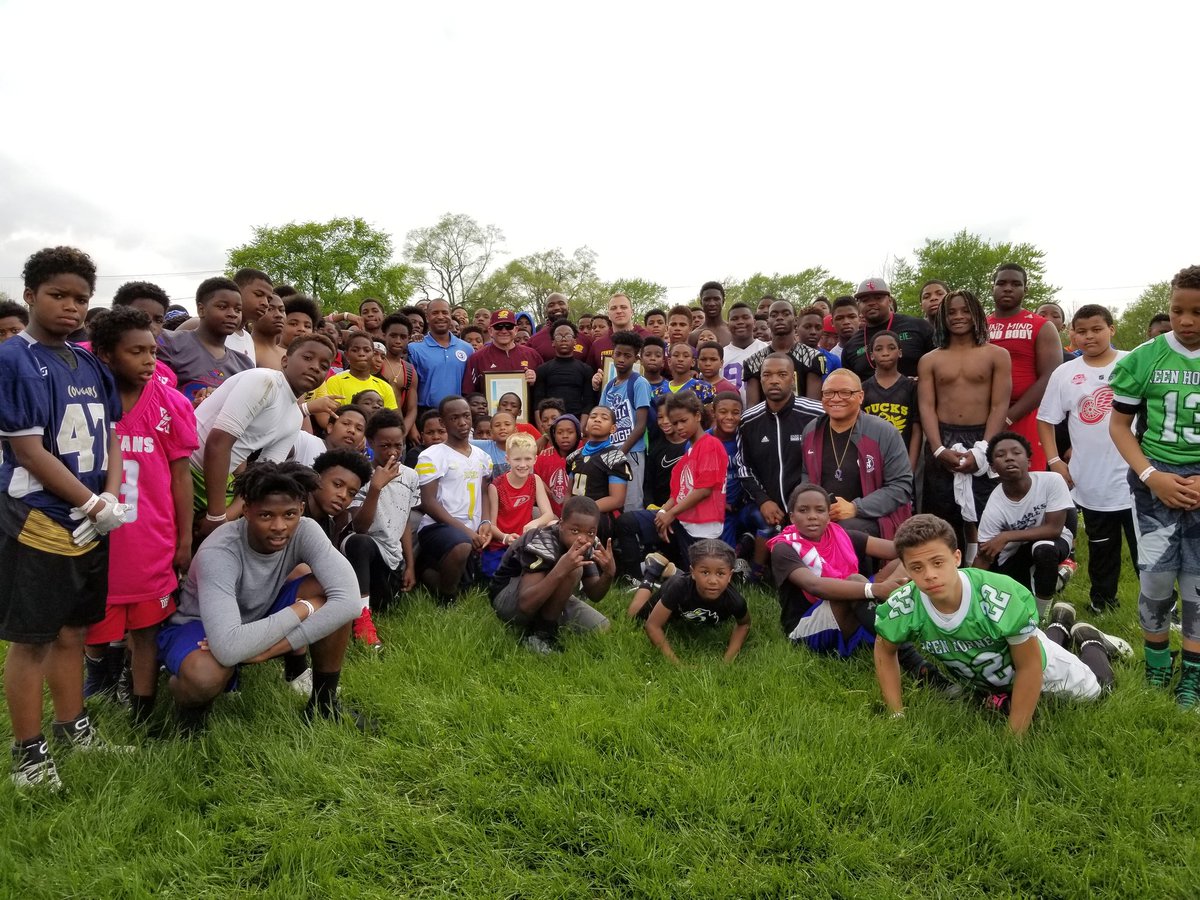 Can’t stop, won’t stop: one of the well-known calling cards of Sound Mind Sound Body. Most recently, SMSB brought its tenacity for attacking and resolving problems in Detroit to the 48205 ZIP code, which has been labeled “Detroit’s deadliest area” by the Detroit Free Press.

Enter SMSB and its co-founder Curtis Blackwell, who has never found a challenge too large to take on.

Blackwell, who grew up in the 48205 ZIP code on Chalmers St., took his staff to the Heilmann Recreation Center on Saturday, May 19, to participate in a day of giving back to the youth of Detroit. Along with the help of the Central Michigan University football coaching staff, including Chippewas head coach John Bonamego and director of player personnel Albert Karschnia, over 400 children were provided with a free day of taking part in drills and learning from some of the nation’s best Division I football coaches. 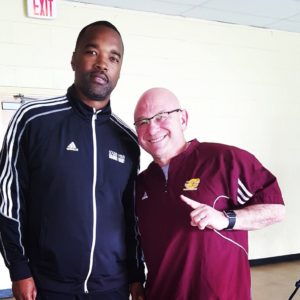 The Detroit Police Athletic League (Detroit PAL) and the Detroit Parks & Recreation department also assisted in getting the event to come to fruition.

“This event was a way of giving back,” Bonamego said. “Recruiting the state (of Michigan) has always been important for us at Central Michigan. We’ve got the highest percentage of Michigan players of any Division I school in the state.”

He added, “Getting the chance to interact with some of these youth league coaches and to share some knowledge with them that they will be able to share with their players was extremely important to me. I don’t know if there’s a more important relationship than coach and player right now. These coaches can truly impact and change lives. So, the opportunity to come and give something back was the biggest reason why we came today.”

Grade school and middle school coaches benefited from the knowledge handed down by Bonamego and his staff, including CMU defensive backs coach and defensive pass game coordinator Cory Hall.

Bonamego emphasized a variety of leadership principles with the youth coaches, including“team success being a prerequisite to individual success” and the importance of having “thick skin” in order to effectively “attack problems.”

He provided the coaches with information they can use to both become better coaches and to help their players develop into high-end talents as they get ready to take the next step in their football careers.

For his efforts and the efforts of Hall and Karschnia in providing tutelage to the student athletes and their coaches that gathered Saturday, they were each presented with a “Spirit of Detroit” plaque by Detroit City Council member Scott Benson. 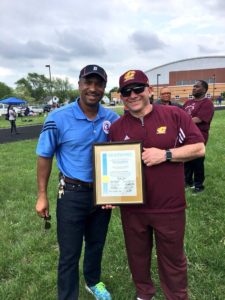 Proven leaders, like Blackwell and Bonamego, are able to make differences in all the communities — small and large — that they travel to and spend time in.

Now, the plan is to bring this fun and free camp for the youth to other parts of Michigan.

Remember, when it comes to impacting the youth both on and off the football field, the sky’s the limit with Sound Mind Sound Body.