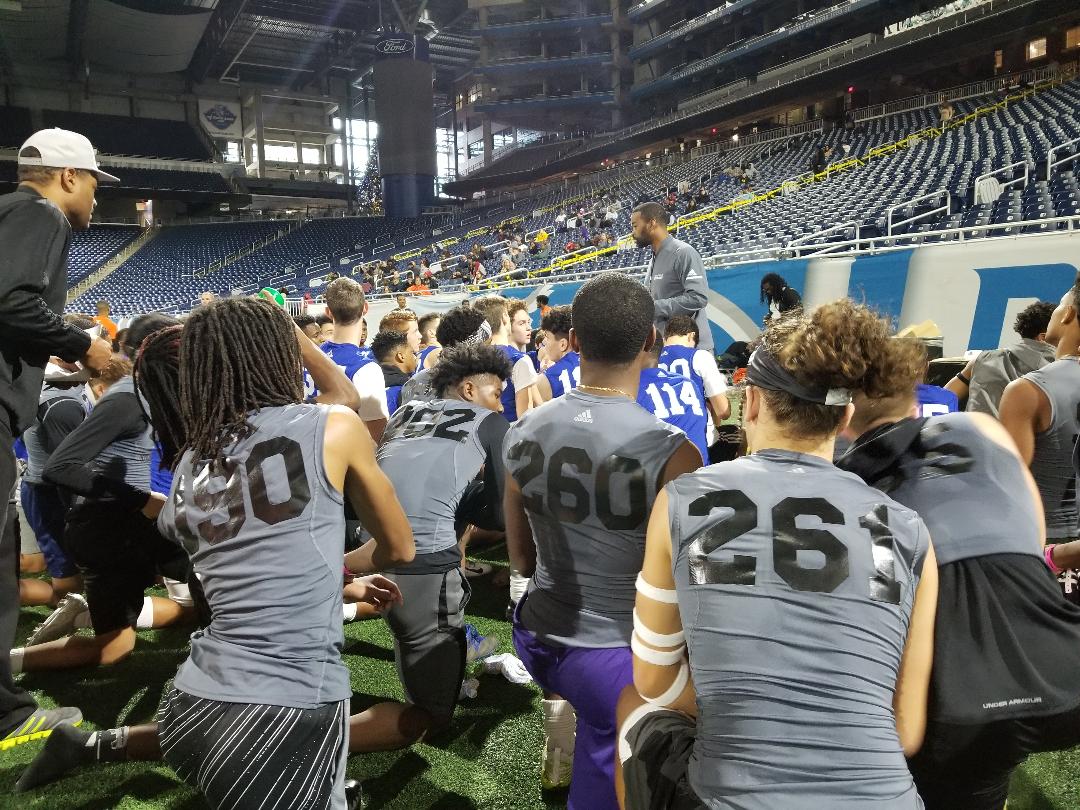 The second annual Sound Mind Sound Body Michigan Showcase was a smashing success, with over 350 student-athletes in attendance over three days (Dec. 26-28).

Eric Thomas, aka “ET, The Hip Hop Preacher,” rocked the stage at Detroit Cass Tech HS on Day 1 (the “Sound Mind” portion of the three-day Showcase), spreading his message of taking “ownership” and of having a plan for after football.

Fellow motivational speaker and Thomas’ protégé TJ Tyus served as emcee for the day, and provided a very enlightening message about making proper decisions off the field.

The rest of the day consisted of a Parent Seminar, which was spearheaded by Zybek Sports’ Mike Weinstein and Sound Mind Sound Body’s own Curtis Blackwell. Weinstein talked to the parents about the state-of-the-art equipment from Zybek that was used the following day for testing the campers’ measurables, while Blackwell emphasized the importance of knowing one’s numbers (i.e. height and weight) and of doing well inside the classroom in order to be eligible for playing collegiately.

“You’ve got to focus on academics with your son, just like you focus on camps,” Blackwell said.

Blackwell added, “If your son doesn’t have an offer by the time he’s a senior, you need to especially focus on academics, character & leadership (with him).”

After the day concluded, the players walked over to Ford Field for the Quick Lane Bowl, where they were able to watch, free of admission, the Minnesota Golden Gophers take on and defeat the Georgia Tech Yellow Jackets.

Fast forward to Day 2 of the camp, which took place at SMSB’s headquarters at The MAC.

It was Zybek Sports’ time to shine as the premier provider of talent identification and performance analysis equipment, and it sure did just that.

Zybek Sports, based in Boulder, Colo., has provided the only fully automated timing system used at the NFL Combine since 2011.

On Day 2, Zybek, led by Weinstein, tested players on a variety of skills, including recording players’ 40-yard dash times and the distances on their broad jumps. 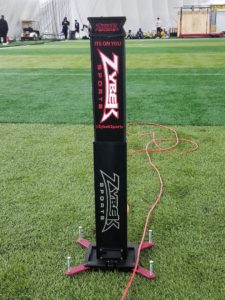 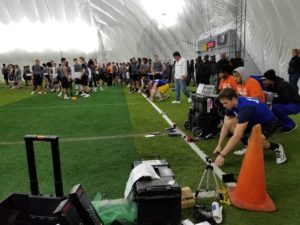 The student-athletes, by the end of the day, gained a real sense of what times and skills they needed to improve upon in order to become better players.

Then came Day 3 of the camp, which took place at Ford Field.

It featured three sessions of players from every position going through drills, including quarterbacks trained by Donovan Dooley and Quarterback University, as well as QBU alums such as SMSB alum and Boston College commit Sam Johnson III.

.@QuarterbackUniv's Donovan Dooley talking to the QBs & WRs in group one on Day 3 of the Michigan Showcase #SMSBFootball #smsbtakeover pic.twitter.com/PFZpayGJDD 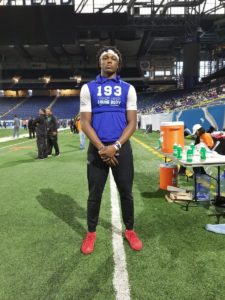 After the drills from each session concluded, the top players at each participating position were announced.

From session #1, the top players were the following: 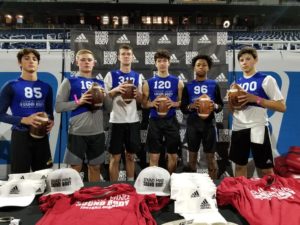 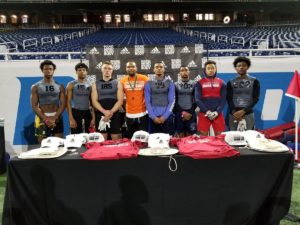 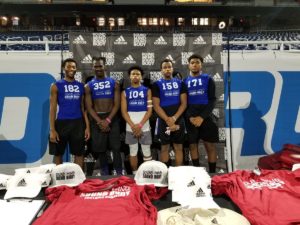 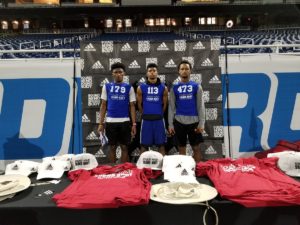 From session #2, the top players were the following: 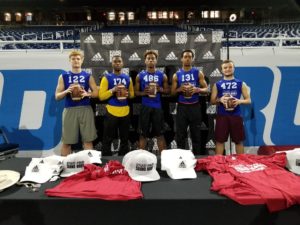 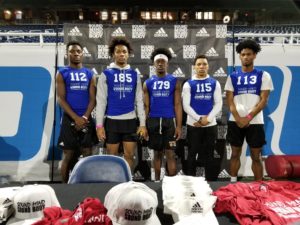 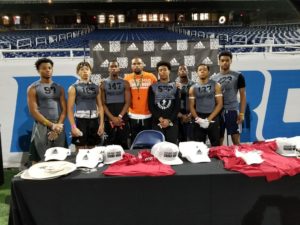 From session #3, the top players were the following: 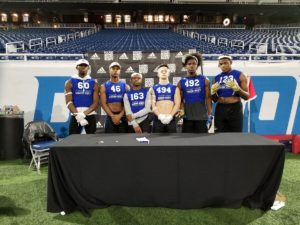 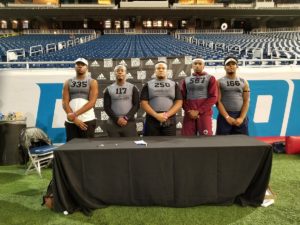 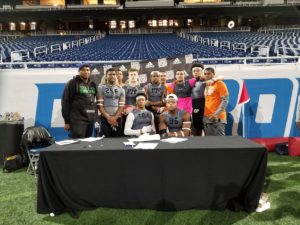 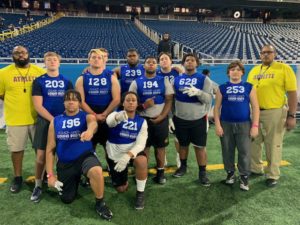 The day wasn’t over after the top players from each session were recognized, either. There was still a 7-on-7 tournament to be played, with each team taking the name of a major road in the metro Detroit area, such as 7 Mile, I-94, I-696 and Livernois. And boy, was the tourney full of highlights.

Team Livernois takes a 14-7 lead on this laser-accurate pass in the back of the end zone! #SMSBFootball #smsbtakeover pic.twitter.com/8tZsoIHkNB

Team Livernois-Team 696 contest ends in 14-14 tie on this pass pic.twitter.com/UUDYqlSXm9 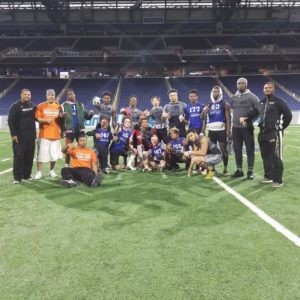 For some of the athletes that played in the 7-on-7 tourney and took part in the day’s festivities, it was the first time they had been inside of Ford Field. And for those that had previously been to Ford Field, many of them had never played on the same surface as Detroit’s NFL franchise, the Detroit Lions, prior to the Michigan Showcase.

It was a once-in-a-lifetime experience for many, and it was all made possible by one organization: Sound Mind Sound Body.